It seems a fitting tribute that the Levellers select a grand venue like the Royal Albert Hall to celebrate 20 years together. Our arrival  although far later than anticipated - still allows us time to take in the surroundings and marvel at the splendour of this amazing building.

As we make our way to our seats, the vaulted ceilings, comfortable chairs and the multi-tiered vistas of our surroundings divert my attention from tonights support. I have seen Nick Harper a few times in recent years and although I am impressed with his technical abilities, I still find it difficult to warm to his music. As the set reaches his finale, he invites his daughter Lilly on to the stage for a duet. He tells us that this is a family tradition as he once sat on his father Roy's lap at this very venue. Together Nick and Lilly Harper sing the Crosby, Stills, Nash and Young song 'Our House'. Her voice is very sweet and compliments his light fret work perfectly.

They make their way off the stage and I watch from high up as the venue begins to empty out for those in need of refreshment to seek out a bar and a place that they are allowed to drink. 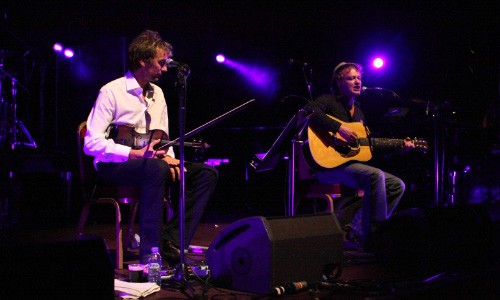 After a brief interlude and a minor re-organisation on stage, Mark Chadwick and Jon Sevink put in an appearance. Jon struggles on with a cast on his leg but looks pretty dapper with his shirt on. They open with a lovely version of 'What's in The Way', it creates a really relaxed vibe with the massive stage seeming empty with Mark on vocals and guitar and Jon on fiddle. They are joined by Simon for 'Elation' and slowly the stage presence grows in volume and population. By the time they play 'Julie'  a song which always tugs gently at my heart strings - they are joined by a pianist, drummer and a string quartet whose orchestral feel really compliment the gently rousing feeling of this ballad. 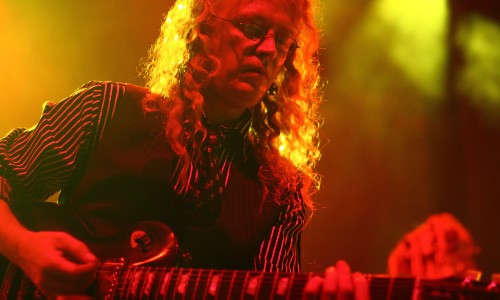 As the track draws to a close, I notice a fair few other people whose emotions have been allowed to overspill in this wonderful theatre of music. The crystal clear sounds enable the brain to isolate every instrument and harmony almost seeming fragile compared to the more raw energy of the plugged in Levellers. Somehow, pieced together, it all seems to fit better and tighter than ever before.

When Jezz makes his way onto the stage (introduced by Mark as Sideshow Bob), he's given a tambourine to play, but when it comes to 'Together All The Way', he's awarded his bass back.

The bands studio manager Lois is introduced for backing vocals on 'Before The End', and I am pleased to see the newer material going down a storm. The latest Album 'Letters From The Underground', is  in my opinion  one of their best yet. Not a small compliment for a band celebrating their 20th anniversary.

The end of 'Another Man's Cause' marks a race to the bar and the interval. It's quite a thought provoking piece of song writing and leaving our seats to meet up with mates, the lyrics are echoing around my head, A quick slurp or two later and we are invited to take our seats again for the 2nd 'electric' set. 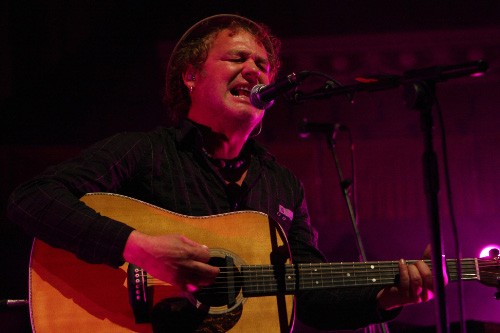 As we get back to our seat, they've just started without us, and everyone seems to be standing, more packed and able to unleash a lot more energy! They rattle fairly quickly through 'Far From Home', 'Beautiful Day', and 'Death Loves Youth'. 'Behold A Pale Rider' is another thought provoking ditty. Inviting the listener to think back to the times when bombers took control of parts of London and when 'allies' took control of parts of the gulf, it strikes chords with most people standing shoulder to shoulder in the Albert Hall. Part of the latest showcase, it seems like further evidence that they've still got the song writing talent and the anger of the years past.

Other stand out tracks of the second half are 'Hope Street', 'Carry Me', and 'Dirty Davey'. The stomping 'Cholera Well' marks the end of the set and the band leaves the stage.

To be honest I could go home there and then a happy man, but what happens next takes me aback, and I feel a tear roll down my cheek. The low bass pitch of the didge sounds and I was expecting 'One Way'. Instead I was treated to my favourite  rarely played live  'This Garden'. I'm not sure why this above all other Levellers tracks stirs my emotions but it gets me every time. The evening is rounded off, as only it could be, with 'One Way'. 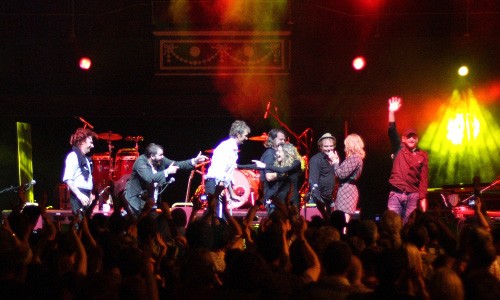 The combined presence of The Levellers, a superb sound system with amazing lighting, a picturesque venue, a celebration of 20 years of togetherness, and some very keen fans, all melted together to provide a wonderful experience and a night not to be forgotten. This is The Levellers at their very best and I'm chuffed to be there to be a part of it all.

Set List:
What's In The Way
Elation
The Edge Of The World
Julie
The Boatman
Together All The Way
Lowlands Of Holland
Before The End
Chemically Free
Another Man's Cause

This Garden
Men-An-Tol
One Way