Sometimes you do need to check out a band on the strength of one song. It has to be done. I am not ashamed of this; not that I haven't noticed people (usually in my way) at a gig that go crazy when they actually recognise that single tune they went for, then go home. Tonight I have turned into one of those one hit wonder seekers, though not without doing a little homework first.

A trawl through Blue Oyster Cult's past videos makes me realise that I am not a big fan of 70's rock; the sound is a little suppressed and mushy (maybe due to recording techniques at the time), but the videos are appalling. Watching the tongue in cheek vid for 'Godzilla' nearly reverses my decision to cover this band, but on the strength of one in particular song that I have spent many a drunken Friday night singing along to, I decide to proceed. 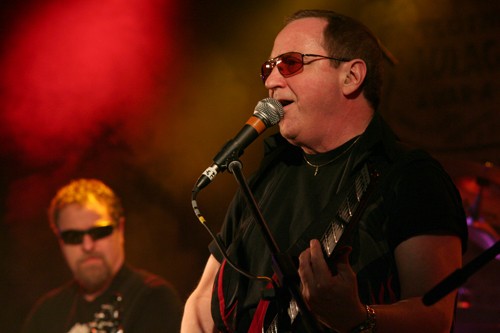 And you know what? They ain't that bad a band. Called a wannabe Black Sabbath in the beginning, the American group appear down to earth and chatty with the old crowd, though still think it's cool to wear sunglasses indoors. Their guitars are interesting as well; one looking like a piece of white Swiss cheese, a headless one, all played with the skill you would expect after 41 years of practising.

There's quite a few nods back to their old work, a lot from the first self-titled album ('Then Came The Last Days Of May' and 'Stairway To The Stars') and the hit album 'Agents Of Fortune'. There's even 'Career Of Evil', one of their collaborations with Patti Smith. I missed a few of the track names, as standing next to speaker stacks twice a week does nothing for your hearing, and the guys are pretty quiet when not belting out rock anthems. 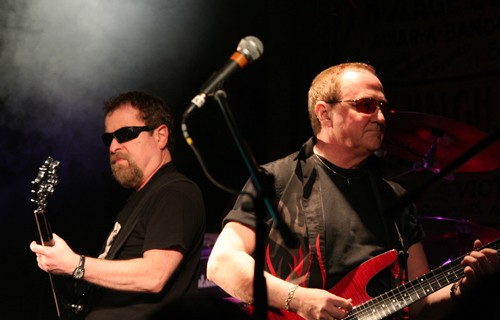 The original line up has changed many a time over the years, but Eric Bloom and Buck Dharma are still going strong. They are joined by bassist Danny Miranda (BOC, Queen and Paul Rogers), keyboardist/guitarist Richie Castellano and drummer Jules Radino.

Castellano is a great replacement for Allen Lanier, if a little over-enthusiastic about his guitar solos (mind you, if you can play like that you would be). The solo in 'Then Came The Last Days Of May' is astounding. I wish I could say the same for Radino's solo through 'Godzilla'; it just seems like he is having a mess about, not producing anything new or ear-catching (though when you have seen Rush Drummer Neil Peart play, no one else of that time comes close). 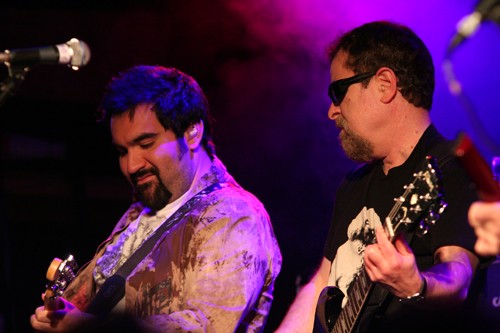 The intro to '(Don't Fear) The Reaper' fills me with joy, as finally I can die happy in the knowledge I have heard that great 70's track live. The intro and solos are not as long as they have been at other gigs, the crowd not going as crazy as I am (oh how the tables have turned, now I am the saddo here for one tune alone); they have enjoyed the likes of 'Then Came The Last Days Of May' and 'Burnin' For You' more.

Chants of "B.O.C.!" lead onto the bands encore of 'Black Blade' (with extended solos from the great Dharma and his piece of Swiss cheese) and finally 'Cities On Flame With Rock and Roll'. I am glad I went to see these live in the end, their sound is engulfing, stage presence cool but not cold, musician skills excellent and their songs aren't all crap. They are definitely better live than on those videos anyway...

Black Blade
Cities On Flame With Rock and Roll