The Skatalites have been credited by some as inventing ska (mixing American Motown with Jamaican Mento), but regardless they have a legendary background and have played as a backing band for Toots and the Maytals, Jimmy Cliff, Peter Tosh and Bob Marley to name but a few. As we made our way into the Academy in Oxford, my excitement levels were pretty high.

Support band 9 ton Peanut Smugglers were getting the crowd into a skanking mood. Their front man  Sir Bald Diddley takes off his hat to sing 'Bald head' which really gets the punters going. It's great to hear another good local band and I make a mental note to check out their tour dates.

As the band leave the stage, the warm-up DJ comes back on to play some more classics, and the Skatalites walk through with their instruments. They've just arrived and haven't sound checked. As they make their way onto the stage (all 8 of them), they get stuck straight in. We are all asked to count backwards from 10 to 1 and shout freedom. Sadly not all of the original line-up is still with us but the sound they produce is utterly amazing. Although there are 8 people on stage, it is easy to shut your eyes and try to isolate each different sound. It really could be a whole orchestra up there. 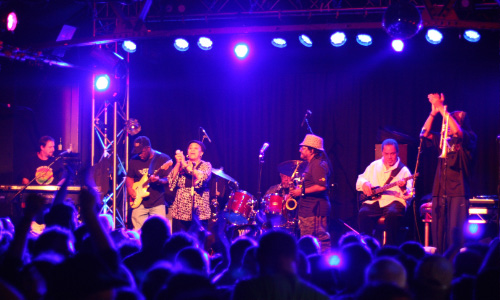 They play the infectious groove of 'Shock Trail' from their new album 'On The Right Track' which gets the joints moving nicely in time for 'James Bond'. The anthem fires everyone up and there are smiles aplenty spreading through the crowd.

2 for 1 is another foot stomper and then Doreen Shaffer joins the masses on stage to sing Golden Love. Her voice reminds me of the 1940s, and Doris Day, but it fits perfectly with this slightly gentler ska. I become transfixed by her tone and by the trombone played by Vin Gordon. Gordon was Bob Marley's trombonist from 1965  1978 and he managed to play notes I didn't know could be played on a trombone. 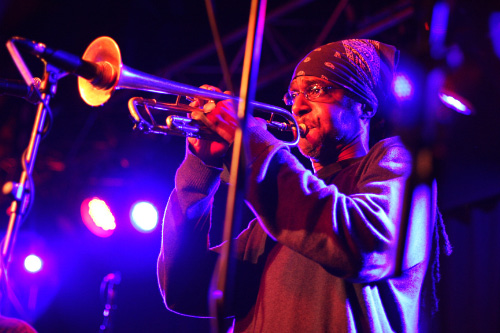 As the legs get tired, we are treated to 'Rockford Rock'. If you haven't heard it, it's a fair bet you have probably heard the bass line borrowed for something else. It's one of my favourite ever instrumentals. We are then treated to 'The Rivers of Babylon', which really does kick the party up another notch and gets everyone singing. We quickly learn that there is no room for fillers in a Skatalites set as they wow us with 'Phoenix City' before they leave the stage.

DJ Derek then comes on stage to remind us that we are in the company of legends - although Derek himself is credited with introducing Massive Attack to reggae music and is quite a legend himself. Now even more aware that we are in the company of greats, The Skatalites take to the stage again for their encore. 'You're Wondering Now', 'Guns of Navarone' and 'Occupation (ring of fire)'. 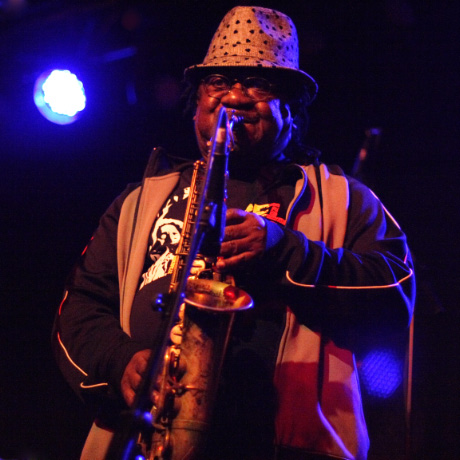 As the set draws to a close, we are invited to count down from 10 to 1 again and shout for freedom. The Skatalites have really entertained us tonight and do themselves proud. They have an energy that seems to be lacking in so many bands that are less than half the age of some of those on stage. Two thumbs up from me!
article by: James Tayler
photos by: Andy Pitt
published: 08/05/2008 14:54