first acts for T4 On The Beach party

The Hoosiers, Scouting for Girls, Lightspeed Champion, and more

The Hoosiers, Scouting for Girls, Lightspeed Champion, Robyn and The Feeling are the first names announced for the T4 On The Beach party.

These names are the first to be revealed of the 25 or so acts performing at T4 On The Beach 2008. More acts will be announced in the forthcoming months.

T4 On The Beach returns to Weston-super-Mare on Sunday 20th July with the event televised and broadcast live on Channel 4.

T4 presenters Steve Jones, Miquita Oliver, Alexa Chung and Rick Edwards will be presenting the beach party this year and bringing some of the hottest pop, rock and indie acts of the moment to the stage.

Steve Jones commented, "I love going to Weston-super-Mare and partying at T4 On The Beach! This is the sixth year of T4 On The Beach and it is one of my favourite days out of the summer, so I hope that you are all going to join us to celebrate our six on the Beach!"

Tickets for the event, which sold out last year, are priced at £30 and go on sale at 9am on Friday 25th April and eGigs will have links for you to buy them then. 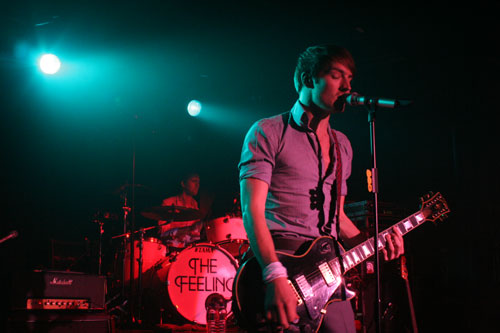