You will, dear reader, be relieved to know that in the time since Arab Strap disbanded, Malcolm Middleton has not mellowed, become less cynical, or cheered up in any way, shape or form. He's still a miserable bastard, and that, friends, is why we love him. It is also why The Cluny is packed tonight with assorted Newcastle indie types with interesting beards and a penchant for shoegazing. The show isn't too shabby either. 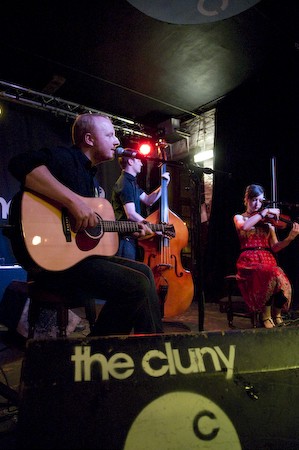 The reflective, melancholy 'Blue Plastic Bags', from Middleton's current long-player 'Sleight of Heart', is both typical of the show, and the standout track of the night. Turning a critical eye to the apathy of the general population, when he sings "there is no shame" the irony is there for all to see. It is a masterclass in songwriting, throwing references to popular culture into the mix, without it ever sounding crass or overstated.

Introducing it as "That Madonna one", Middleton leads the stripped down band into 'Stay', one of the most surprising tracks from 'Sleight of Heart', and despite not writing it, the laconic Scotsman has really made this one his own, and as on the album, it is one of tonight's highlights.

'We're All Going To Die' is probably the best known song of the evening, thanks to an abortive attempt to force it to Christmas number one last year by a section of the media. Middleton, however, seems almost loathe to play it. Without any introduction at all he launches into it, and it is over before you know it. One can't help but feel that this particular song is one which will be dropped from the set before too long, and it wouldn't be particularly missed. It is not his best work, and is seemingly included for the sake of it. 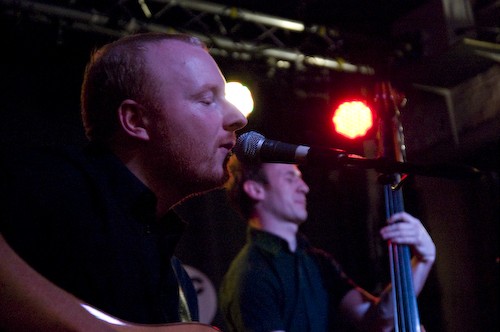 Special mention must go to Middleton's violinist Jenny Reeve. Her understated yet essential contribution to the show tonight proves that despite this is officially a Malcolm Middleton solo show, she is simply vital to the sound. As well as emotive, at times inspirational violin work, Reeve also provides delicately sweet backing vocals which counterbalance the gruff, abrupt tone of the man himself.

Despite his trademark downbeat nature, Middleton's wry sense of humour is apparent throughout the set, and it makes a fine foil to the musical material. Announcing one song as a cover, only to reveal afterwards that "it's not a cover, I just think it's shite" gets a laugh from the crowd, whilst the appointment of a crowd spokesman to interact with the band is a moment of comedy gold, especially when Middleton refuses to let it drop throughout the show. 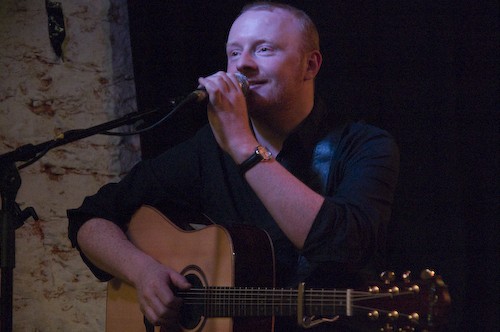 Critics might argue that Middleton's sound rarely deviates from a very distinct blueprint, and that he rarely breaks new ground. It should be noted though that he is simply playing to his crowd. The fans have followed from his former band, and they know what they want, and what to expect. For Middleton to change this formula would be for him to alienate those he has tried so hard to keep happy albeit in a miserable way. He might not gain many new followers this way, but he at least ensures the old ones go home happy.
article by: Tommy Jackson
photos by: Tommy Jackson
published: 10/04/2008 15:42