After disappearing from the limelight for a while after the hype that occurs after one of your songs is used to promote Sony products, Jose Gonzalez is free to perform in smaller venues like the Leadmill.

It is pretty full in here tonight and many people hang about to see Joel Thibodeau, lead singer of Death Vessel. Despite the name, their sound is neo-traditional folk. Thibodeau carries on that sound tonight with a few solo numbers. 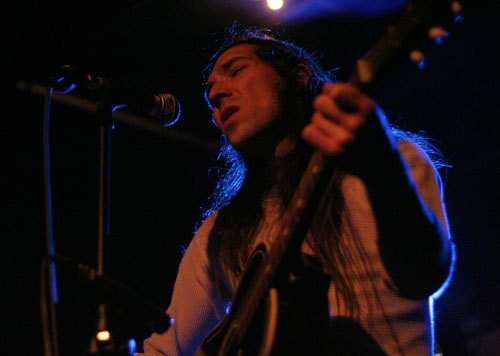 Now if you are not in the room you could be forgiven for thinking that a woman is singing, such is the nature of Thibodeau's unique high-pitched vocal style. I can hear conversations revolving around the question "Is he a fella?" and such. This is no way affects the quality of his performance of thoughtful folk songs with the occasional finger snaps to boot.

Unfortunately the majority of the crowd are in a talkative mood and, this being an acoustic show, I now know more about what "Claire and Ryan were up to last night" than the meaning of the lyrics to Thibodeau's sweet songs.

With the venue hosting a club night after the show at around 10pm, when there is no sign of Gonzalez at 9.10pm I wonder just how long a set he is to perform. He now has two albums ('Veneer' and 'In Our Nature') under his belt so with a little banter he could easily fill a 90 minute slot.

At 9.15pm he appears and sits on a chair at the back of the stage. Though he is slightly raised people at the back are struggling to see, and with nothing to distract their eyesight the muttering starts up again. 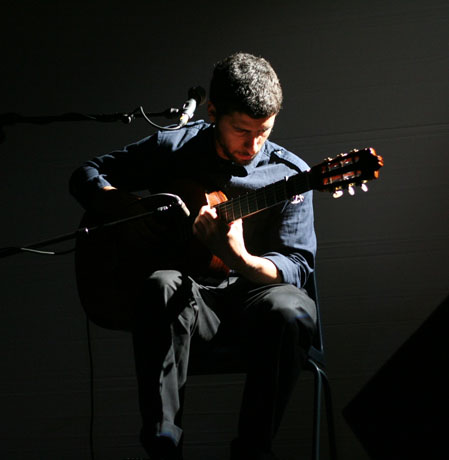 Quite a shy figure, he cuts straight to the chase with songs like 'Fold', 'How Low' (he drops his voice lower for this one), 'Stay In The Shade', 'Love Stain' and 'In Our Nature'. After each track you can just make out a small smile creeping onto his face, as the crowd applaud. Maybe he's been missing a little of the attention? There's a little bit of a virtuoso style in the song 'All you Deliver', with Gonzalez providing some guitar slapping.

The hit that spawned a whole bunch of obscure acoustic-backed TV ads 'Heartbeats', originally by fellows Swedes The Knife, has an early airing. It is performed in such a way as to get it over with. Still a beautiful attempt, with Gonzalez's soft vocals as sweet as ever, but he makes no fuss about it. The mutterers at the back actually shut up for this song (what a surprise), get their mobiles out and film the singer sitting under a single spotlight, then continue to chatter amongst, well everybody but themselves.

Thibodeau and another guy join Gonzalez half way through the set to help with backing vocals and provide bongo, tambourine and hand-clapping duties. The mystery guy also plays a little melodica (a keyboard with a long tube attached, through which he blows to produce noise, a bit like a bagpipe/keyboard thing). A few simple drawings of faces, animals and plants flicker onto the screen behind them. 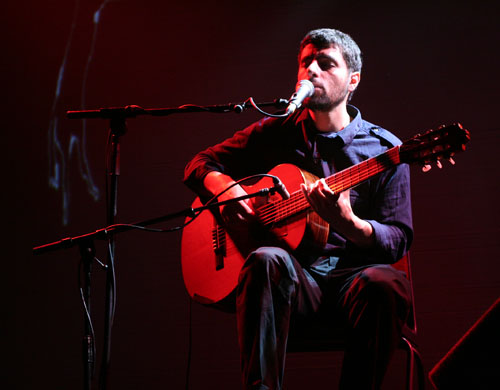 Plenty of new tracks ('Down The Line', 'Killing For Love') line the short setlist, and after the requested 'Crosses' and 'The Nest' there's an odd but strangely haunting cover of Bronski Beat's 'Smalltown Boy' ending the show at 10.15pm. That's like the length of an old punk bands set; could this take Gonzalez back to his early hardcore punk days in the bands Back Against the Wall and Renascence? Whatever it's clear that Gonzalez is not after the sharp rise in fame he previously experienced, just a few smaller shows is enough for him.
article by: Danielle Millea
photos by: Danielle Millea
published: 07/04/2008 13:20