The South Carolina based Band Of Horses have recently been much hyped in the media and were able to fill the good ship Thekla, moored in Bristol's Mud Dock, with some ease.

Those in the, somewhat mature, crowd that arrived early were treated to an opening set by freshly recruited member to the Band Of Horses, guitarist Tyler Ramsey. Looking comfortable alone on the stage with his acoustic guitar Ramsey guided us through a sequence of charming songs reminiscent of Elliott Smith but with a dash of Bagpuss thrown in. The suitably titled 'Ship' was among the batch of strong tunes that were appreciated by the army of growing admirers. 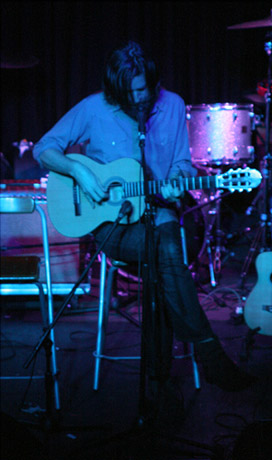 To continue the trend of beards that was developing during the night the second act on to the stage was The Cave Singers, a three-piece folk band from Seattle. Fronted by Pete Quirk, a man that has a clear emotional bond with his lyrics, The Cave Singers started brightly with a couple of pounding upbeat country songs but faded as the slower folk influenced numbers revealed a nasal vocal performance by Quirk that failed to match the strength of his lyrics. It wasn't until the stomping 'Dancing On Our Graves', complete with washboard percussion, that the band and audience really seemed to be enjoying themselves. 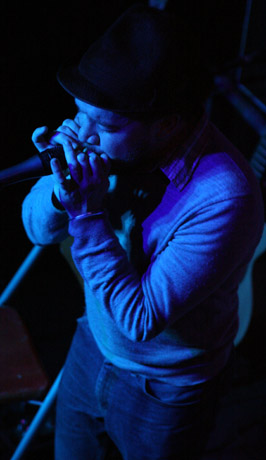 Greeting the crowd with "We are also Woooooo." the sometimes difficult, Ben Bridwell, the driving force behind Band Of Horses, was responding to the rapture of the crowd clearly delighted that the main event was now underway. Opening up with 'Monsters', from their debut record 'Everything All The Time', Bridwell sat hunched over his steel guitar hidden by his baseball cap and beard, seeming like a man not overly keen on taking centre stage, quite at odds with his well reported desire to make Band Of Horses a global force in the music industry.

The crowd were respectfully silent during most of the gig allowing the spine tingling vocals of Bridwell to soar through them, the levels of reverb on his microphone producing the effect of a choir of himself in a large empty room. Bridwell's vocals are often compared to those of James Mercer (The Shins) and Jim James (My Morning Jacket) but tonight it's the haunting sound of an early Neil Young interlaced with the high-pitched tones of Brian Wilson. 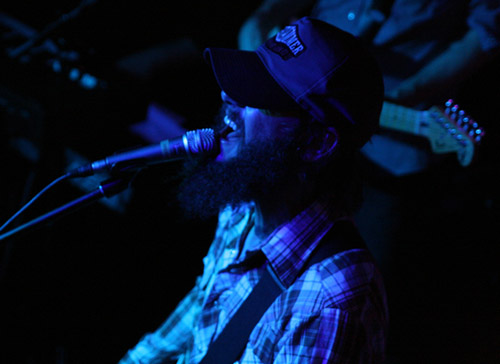 Whereas listening to a Band Of Horses record can make you feel like you are alone walking through a forest as a live outfit they really come into their own. On their songs most anticipated tonight, the recent singles 'Is There A Ghost' and 'No One's Gonna Love You' from the highly-acclaimed sophomore album 'Cease To Begin' they make a sound subtle enough for an intimate venue like this but epic enough to fill an arena.

Mid-set we are treated to a cover of JJ Cale's 'Thirteen Days', a song about a touring band, keyboardist Ryan Monroe takes lead vocals for the self penned 'Why You Never Get Older' which is reminiscent of Midlake with Bridwell on the banjo, and we get a foot-tapping burst of energy with the upbeat 'Weed Party'.

One of tonight's many highlights 'Ode To LRC', a song about a missing dog, is not ruined by some obvious tuning problems from Bridwell but is turned into a slowburning anthem towards the end of their set with the refrain "...the world is such a wonderful place..." followed by the equally brilliant 'Wicked Gil' and ending with the warmth of their "Fake last song" 'The Funeral'. 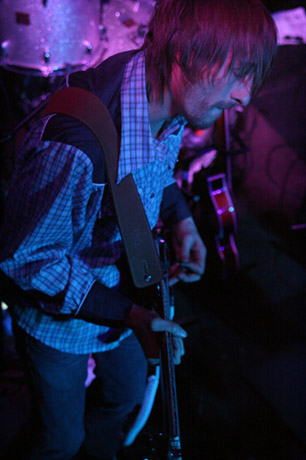 A memorable night of atmospheric melodies is concluded with an encore consisting of three more songs. Firstly Bridwell picks up a bass guitar and joins regular bassist Rob Hampton in the mesmerising 'Our Swords', then the remaining three group members Ramsey, Monroe and Creighton Barrett (drums) come back on for the glorious 'The General Specific' and finish off with a cover of 'Effigy' by Creedance Clearwater Revival which they make sound just like one of their own.

A very successful night is had and we are undoubtedly going to have plenty more in the hands of this group of talented entertainers. Band Of Horses: Big beards, HUGE tunes.

Monsters
The First Song
Is There A Ghost
Islands On The Coast
The Great Salt Lake
Cigarettes, Wedding Bands
Thirteen Days
Why You Never Get Older
No One's Gonna Love You
Marry Song
Weed Party
Ode To LRC
Wicked Gil
The Funeral