The days spent before my rendezvous with the Japanese electro powerhouse that is Polysics were filled with some amount of trepidation. This was due to the minor fact that I had absolutely no idea what to expect; I had never heard of Polysics before the opportunity to see them presented itself, other than through the magic of the interweb mere weeks before their performance at the recently refurbished Oxford Zodiac, now the Carling Academy, Oxford.

The bands Myspace page left me with the impression that Polysics was somewhat of a mere novelty band  matching bright orange jumpsuits do not lead one to view a band in a serious light. This reviewer is happy to report that all expectations were blown completely out of the water.

The sound quality and lighting effects of the Carling Academy Oxford is evidence to the amount of money poured into the former Zodiac by the Academy Music Group. Although the £3.50 price tag on a pint of Carling was detrimental to the whole experience, both security and bar staff were seen to be as helpful as possible to any who needed assistance. The sound for both bands was clear from any position in the medium size of the upstairs room of the venue. 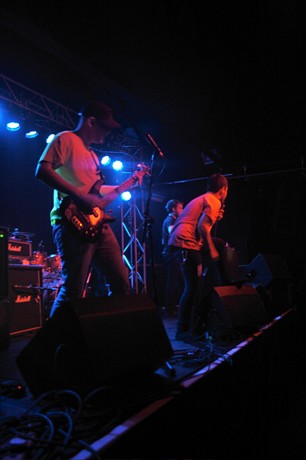 Cutting Pink With Knives' set was incredibly tight and well performed, which goes to show the depth of their talent; playing live with pre-programmed electro-drums can often be disastrous without extensive prior rehearsal and keen ears. 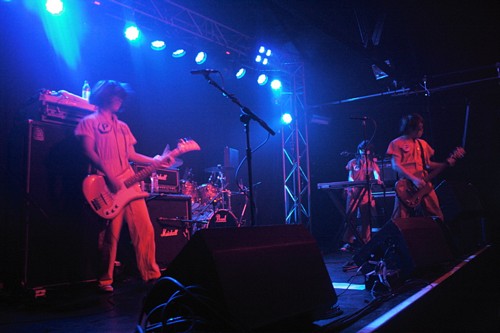 Immediately Polysics took to the stage the orange jumpsuits seemed to lose any sense of novelty and guitarist and lead singer Hiroyuki Hayashi quickly built a relationship with the crowd the likes of which I have never seen from an overseas band. The opening banter with the crowd did Hayashi no wrong, and later in the set when he instigated several moments of crowd participation. The response from the crowd was ironically that of so many Japanese audiences who have received artists from the 'Western' end of the world and this fed all the band members obvious enjoyment. 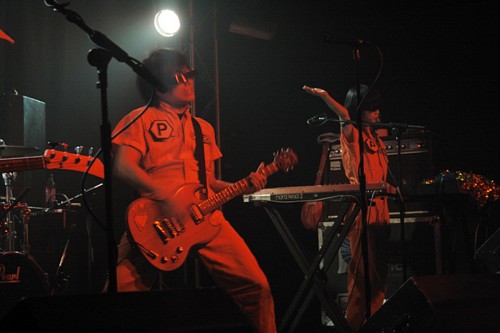 Hayashi's extensive guitar solos were well supported by humorous choreography by bassist Fumi and keyboardist Kayo. The latter made talented use of her vocoder and made the Oxford audience roar in appreciation of an impressive recorder solo. Yes, a recorder solo. This encapsulated the entire Polysics experience in one moment  a non-stop, eccentric, powerful and entirely unexpected Synthpop thrill-ride.
article by: David James O'Connor
photos by: David James O' Connor
published: 14/02/2008 12:27