Tonight's opening act, The Kissaway Trail, surely deserve to be playing this stage in their own right. Their complex, layered soundscapes and soaring vocal lines show a talent much bigger than their billing, and combined with a work-rate which is second to none, this should be enough to send them all the way. Highlights of their all too short set include 'Forever Turned Out To Be Too Long' and a glorious take on the Mercury Rev-esque 'Smother + Evil = Hurt'. The Kissaway Trail may just be the best thing to come out of Denmark since, well, ever, and I for one hope they don't go back too soon. 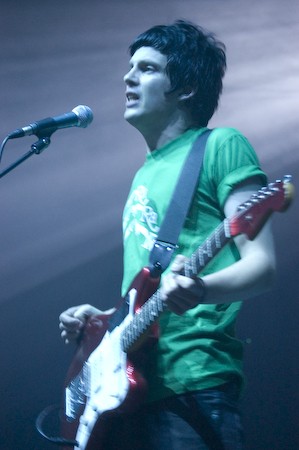 Next up are Ra Ra Riot, and despite being musically superb, they fail to engage and I am left feeling cold towards their strings driven college-indie. 'St Peter's Day Festival' stands out as a highlight in the set, but it is difficult not to feel that they would have gone down much better opening the show, rather than being sandwiched in the middle of tonight's proceedings. 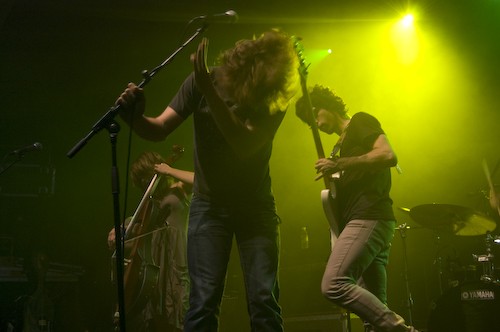 After two stunning albums and a succession of faultless live shows including a storming Glastonbury set, Tom Smith and his band must think they can do no wrong. This band are certainly a world away from the one I saw two years ago at Leeds Festival, just prior to the release of 'The Back Room'. That outfit shuffled through an atmospheric, but ultimately impotent, set, never quite seeming as if they belonged on a platform so big. These days, they know the stage is all theirs, and Smith has grown into the frontman he was always destined to be - commanding, forthright, and determined to deliver. In two years this band have grown up, and they have grown into something very special indeed.

The mood is immediately set with opener 'An End Has A Start'. The primal, cathartic introduction gives way to Smith's cynical, scathing vocal, which, whilst not the most polished, has a quality and emotion which few others could ever begin to approach. This is a band of immense power and remarkable presence, and they draw the capacity crowd in immediately. 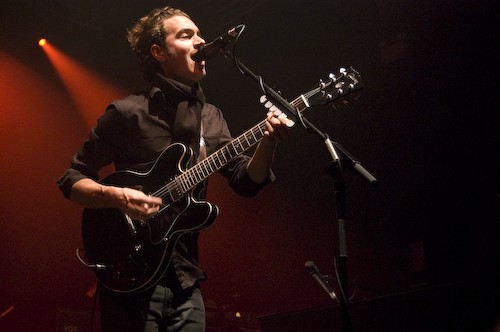 The set is evenly split between old and new, and what is clear is that Editors have already won over the fans with the new material. Highlights taken from the first disc include the cutting 'Blood' which is well received by those in attendance, and an assured take on 'All Sparks'. The real highlights are all taken from the second long player however, with 'Escape the Nest' and 'The Racing Rats' standing head and shoulders above anything else tonight. 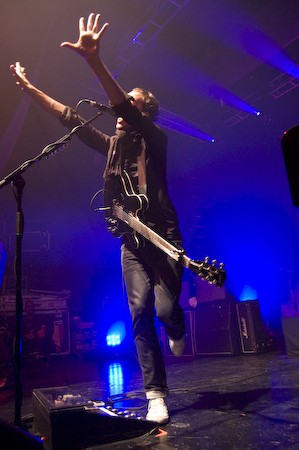 Closing with 'Fingers in the Factories' is a brave move, and also one that is pure genius. The rules might say that you have to close with a singalong, but when you have a song this good in your arsenal, those rules go out of the window. The delivery is immense, and after the low key, sombre tone of 'Smokers Outside Hospital Doors' it is exactly what is needed to send people away from this gig on a high.

Editors may now have well and truly registered on the national consciousness, but they have not yet reached their full potential. This is a band who know exactly what they need to deliver, and they have the ability to do it. At this rate they may just be an outside bet to top off the Pyramid Stage next June.
article by: Thomas Jackson
photos by: Thomas Jackson
published: 21/10/2007 00:33

more about Editors
more about The Kissaway Trail
more about Ra Ra Riot
more about O2 Academy (1 & 2), Newcastle upon Tyne