A mix of folk and punk (though not how The Levellers do it) awaits us tonight, as the best of the local AKA bands support an underground legend from across the pond. Listed as "Serious", Sam Barrett plays a host of blues inspired folk songs on a 12 string guitar. Hailing from West Yorkshire, he plays some songs by performers like Robert Johnson and Bukka White, and even throws in his own arrangements for good measure. Adding the name Serious to his title is a good move; as it intrigues the audience into watching, if the blues and American country music hasnt got you first. It is a little odd, as his other name is The Yorkshire Rambler, as his original Barnsley accent can not be heard around the pluckings reminiscent of old men on American porches.

More folk next, but definitely with a feel of Yorkshire about it, as Nathaniel Green play just a few songs from the albums they are racking up these days. As always Rob Taylor is having a laugh, telling the odd funny tale about what happened in his week, before producing along with Matty Broadbent a beautiful collision of melodies and harmonies, with the old faithful acoustic guitar and electric organ. That's Where They Buried The Giant is always good to hear, but sadly new tune Old Folks Young Folks is missing, probably due to the fact that there is no violinist to accompany them this evening. 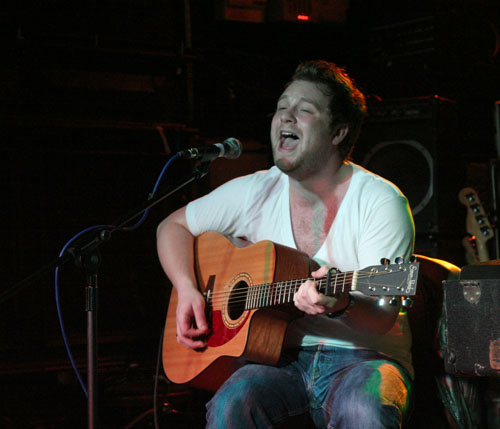 The Magnificent are the first strange addition to the calmer folky line up. Basing themselves mainly on legends such as The Clash and Rancid; the band features members of Buzzkill, That F*cking Tank, and were formed after the end of Eighty Six. This does wake people up, but the Wells gig room is again too hot to stand for long periods of time (unless you have one of those mutant genes which means you can withstand temperature induced pain). 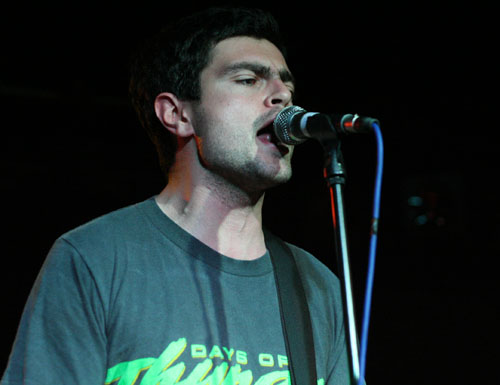 Milloy continue the trend with heavier sounds more relevant to the headliner's past. Many new songs like Eveready are in the set, and guitarists Beefy and Bedi have swapped stage sides, after playing in the same position for, well, years. Jim is in his usual mode of taking the piss out of band members and people in the crowd, though to his credit he knows them, it's all just for a laugh and the jokes are quite funny. 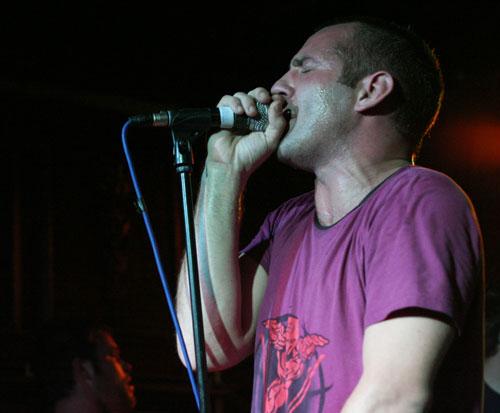 Now the reason behind the fantastic but strange line up can be revealed; for it's Chuck Ragan, ex front man with Hot Water Music, huge influences to Milloy and other bands who regularly class the Well as home. Having left behind the confines of a band and the lugging about of multiple instruments/amps/cables/drummers Ragan has but himself and a guitar to please our eardrums tonight. There are many Hot Water Music tunes stripped bare, like 'God Deciding', and a lot of Ragan's own acoustic ditties. He even plays a harmonica and strums at the same time (disproving the myth once again that men can't multi-task!)

You can tell how popular HWM are around here; the place is packed (although I have seen it bulging at the seams). Ragan's vocals are still the coarse ones that push through in the HWM tracks, but the subtraction of the distortion pedal, bass and drums gives his voice a new direction. All the press shots on his websites that show a lone man, heading out on his own across a deserted plain with a guitar case, are the exact opposite of the sight in the Well, with fans packed in to hear his songs. 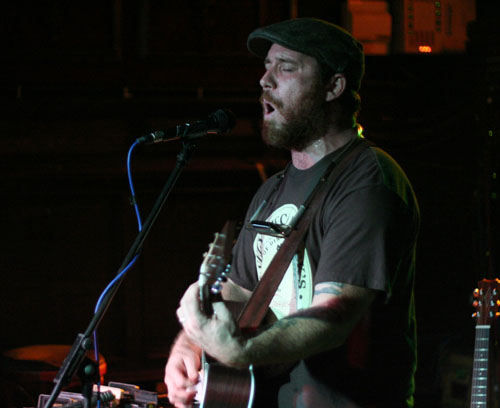 Who would have thought that he has two solo albums already ('Loz Feliz' and 'Feast Or Famine'). Maybe he caught the acoustic bug which the HWM side project Rumbleseat, but he looks and acts comfortable in this genre, just as Jesse Malin did when he has left glam punk for acoustic rock and roll.

My only problem tonight is not with the music but the venue; the Well can be known to have a booze shortage. Many a time the bar has been has been drunk dry, and tonight it is dangerously close. And they are short staffed. But this does not spoil the atmosphere for many.
article by: Danielle Millea
photos by: Danielle Millea
published: 18/10/2007 02:40