I get to the Leadmill just as Bens Brother are finishing, but the screams from the crowd can be heard down the street. The quintet must have been good, and if new single Carry On is anything to go by, I will no doubt catch them again soon. Singer Jamie Hartmans Rod Stewart style vocals mixing with Sam Cooke soul are a success in the making (and  Fact Finders - his brother really is called Ben). 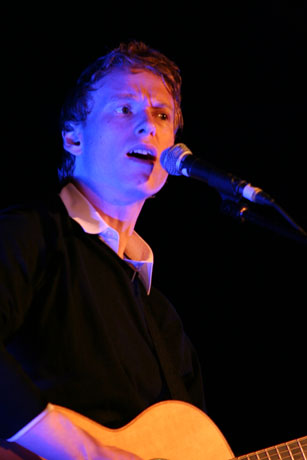 Teddy Thompson is up next, slowing things right down with his take on country music (Country is English folk, but with fiddles he jokes, then realises he meant to say Sorry, with banjos). The pace is definitely slower, but the dedication is there. A lot of the crowd are talking all the way through his set, but when he finishes many more people are applauding. The son of folk favourites Richard and Linda Thompson, this ability has clearly been passed onto Teddy and his sister Kamila.

Although British, Thompson has a strong American accent (he moved there from age eighteen) and his vocals sound similar to many American country greats. Tonight he has no help from a band; just him and his guitar. Maybe a backing band would have made the crowd get up and notice more. 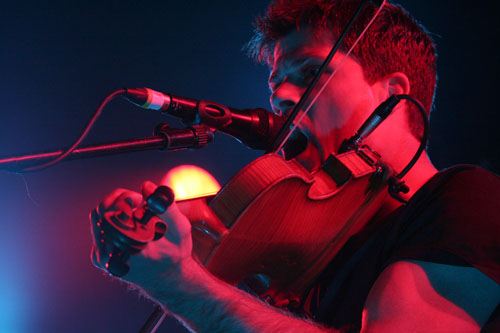 Now being labelled as the posterboy of folk (an unfair title, as it removes focus from the music. Though I can see where the name has come from), Seth Lakeman and his band of merry men (especially in the case of the constantly happy Cormac Bryne) are to play to a packed out Leadmill, playing to the odd student but mainly to the middle aged (and also fellow folk babe and ex-band mate Kate Rusby). Maybe its because he doesnt swear in his songs, or they have the content they do (old Dartmoor tales, rather then todays politics).

I like the songs with the words whence and maiden; it reminds you of the innocent days of old, when things were a lot more black and white. Starting with The Riflemen Of War song fromFreedom Fields, and then onto the Mercury nominated Kitty Jay track Blood Upon Copper, you sense that Lakeman is just warming up before exploding into folk madness. 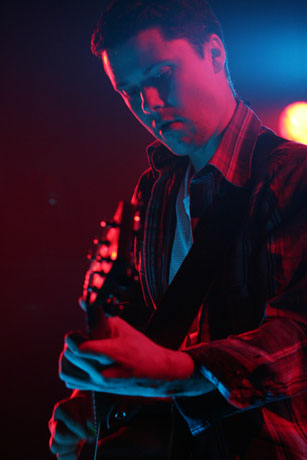 Joining him on stage is his brother Sean on guitar, Ben Nicholls on double bass and banjo, Byrne on the bodhran and a guy I do not recognise on (gasp) the drums (only for one track). Nicholls is playing after supping a full bottle of whiskey, though you cant tell as he plays superb baselines during The Setting Of The Sun.

Many songs in the set are from the hugely popular Freedom Fields, with only a few from new album Poor Peoples Heaven (the title track being a bit more poppy than usual). Lakemans shows have a feeling of punk about them; all the sweat and movement on stage. Not your bog standard stationary folk delivery. 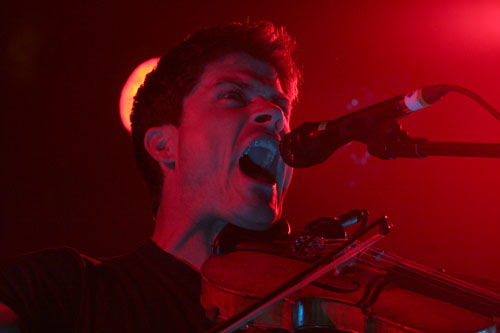