This is another excellent Curious Generation event at the cosy Soho Revue Bar and Phil Campbell is the support act. Hes a Scottish singer-songwriter who plays guitar and piano, and is backed up by another guitar player and a bassist. With the throaty voice and alt-country tunes, hes been compared to Ryan Adams, but reminds me of Paolo Nutini. The audience seem to know some of the songs and Hey Mama is requested which he dutifully performs. The last song Maps is played at the piano with melodic backing vocals from his guitarist and is the strongest song of the set.

David Ford is playing the second of his two sold-out London dates to showcase material from his new album Songs for the Road which is only available digitally at the moment, apparently called a soft release (and is currently number one in the iTunes solo artist chart). Hes backed by musicians on drums, bass, guitar, piano and keyboards. His sidekick, Hannah, enhances most of the songs with her backing vocals, and violin or trombone accompaniment. David starts with one of the new songs Go to Hell, which is as angst-ridden and bittersweet as his fans expect and demonstrates that hes not yet lost all of his venom and rage. He sings every song with so much passion and emotion, and although there are a few quieter songs, it is the bitter, angry ones which have the most raw energy and are visually more exciting. 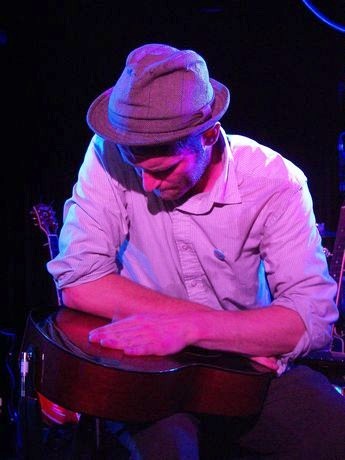 David plays Train alone while the band take a break and then his most impactual song which is still State of the Union, the track where he runs around the stage building a crescendo of noise by looping different sounds. Hannah joins in on violin and David is screaming and spitting the vocals by the time it reaches a climax. This is the one that people seeing him for the first time always talk about and remember. He follows this with the contrasting And So You Fell  his quietest song, accompanied by some atmospheric slide guitar and violin; a more reflective track from the new release about someone whos not able to hang on anymore, in the same vein as If You Only from his debut solo album.

I Dont Care What You Call Me is another venomous song from his previous release (we love all that bitter and twisted stuff!) and he finishes the main set with his note to self and signature tune Cheer Up You Miserable F*ck and the crowd happily join in with the la-la-las in the chorus. 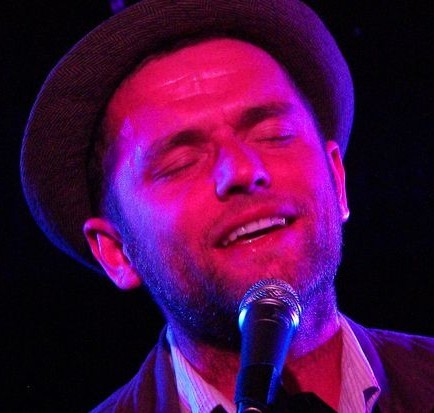 David appears unprepared to be called back for an encore and says he hasnt rehearsed any more songs as he was "expecting us all to just f*ck off at the end". Requests are shouted out and, after consideration, he treats us to one of his oldies A Long Time Ago neatly spliced with one of my favourite Dylan songs Dont Think Twice, Its All Right.

David embarks on a full headline tour in September and October and the new album will be finally released on CD to coincide with the tour.