DibDub must be in the frame for the best local band at the moment. With sparkling reviews of their festival appearances the breakbeat outfit deserve a much bigger crowd than the ten or so people in the extremely warm auditorium. The band consisting of vocalist, bass player and two DJs seem unphased by the tiny crowd. 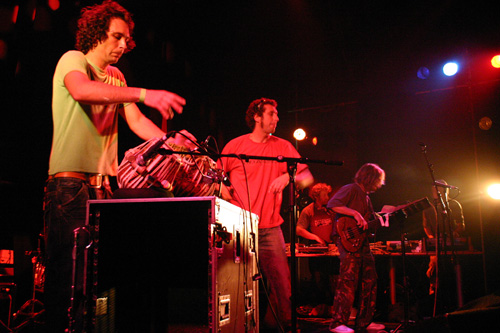 I don't understand Exeter's music loving population as the place should be heaving but it just seems less and less people are up for a night out watching a band at the moment. Last time I saw DibDub was supporting Dreadzone and the place was packed and full of dancing reggae heads. Where did they all go? 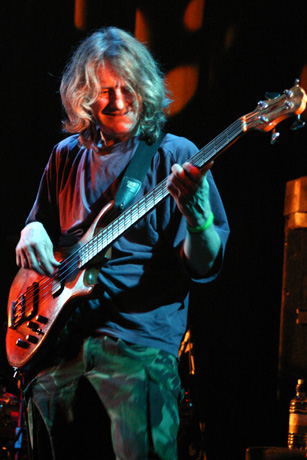 Anyway, despite not feeling too well they got me dancing. Lyrically the songs may be quite simple and the subject matter perfect for summer, surfing, soundsystems, sunshine and girls. All are underpinned by the bass and the scratching and dub samples looped by the DJs. The occasional song has the addition of melodica, flute or tabla drums.

A horn section springs from the decks too and electronic bubbles and distortion and chorus/echo are used to full effect. By the time the band play their new song Money for the first time their fans have turned up and the numbers increase in front of the stage.

The numbers of the crowd continue to rise for the floaty flute dub mix of Space and by the time their strongest song Red racism expiry date closes the show the numbers have at least got enough to give them a round of warm applause for their performance. Hopefully a debut album isnt that far off. 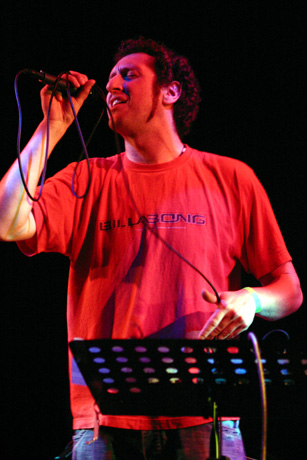 The reggae producing legend that is Nick Manasseh is up next to drop some Jamaican flavoured tunes into the room. The average age is pretty young and its so warm a lot of people are outside on the balcony relaxing in the cool evening air. So the result is something akin to a school disco with the best tunes. Except hes not too good a DJ and theres dead air between records and records start and then stop as he changes his mind. But the tunes themselves are terrific!

What a musical rocksteady treat Pama International are! Okay after skanking solidly throughout their set (despite not being well) I could bemoan the fact theres little variation in their sound, but then its the kind of stuff you can happily dance/sing/listen along to all night.

Roots reggae ska soul are their forte and with such a pedigree of other bands they also work in, its no surprise they do it with such aptitude. All friends of Sean (keyboards) and Finny (lead vocals) previously of The Loafers, Special Beat and Skooby & Skanga. 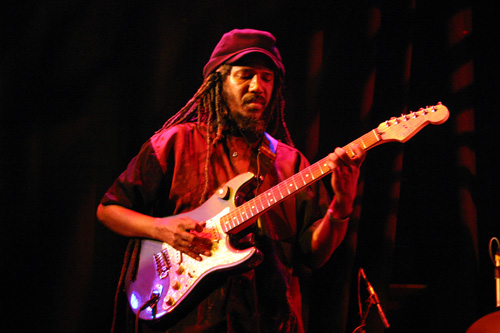 The band tonight are pretty much the line up from the album  Trojan Sessions. Lets see they include drummer Fuzz Townshend (Bentley Rhythm Ace, and P.W.E.I), trumpet and melodica player Simon Wilcox (Steel Pulse) and Kirk Service and Marli both from the Lee Perry band on Bass and guitar.

Their experience shines and all the tunes are rich and guaranteed to get you skankin. The audience has filled out and the age limit increased although pork pie hats are non-existent theres a few old skinheads in the crowd keeping their knees up. 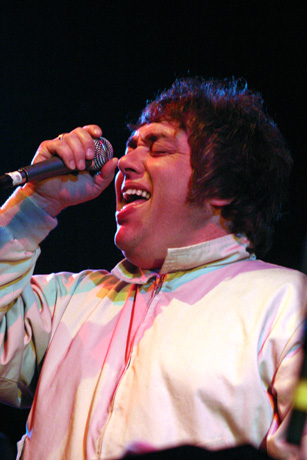 Singer Finny, says hes ill too, but his soulful voice doesnt show it, looking a little like a lost Gallagher brother he has an incredible voice and this combines with the keyboards of Sean and the trumpet of Simon to give them a full sound that sounds like it could be from skas heyday.

At their heart beats drummer Fuzz a powerhouse on drums and providing a fast rhythm full of cymbal crashes and hi-tempo beats. And then theres Kirks headless bass, that throbs from the speakers and the complex almost rhythm guitar fills any gaps in the music.

Pama know their roots and dedicate each track to various fan sets, dedicated to the punks, the rude boys or to those who love reggae, ska or a knees up. They actually sneak a bit more jazz into the mix than perhaps their seventies counterparts did live, which makes the tunes more balanced and rather fuller and less rough. 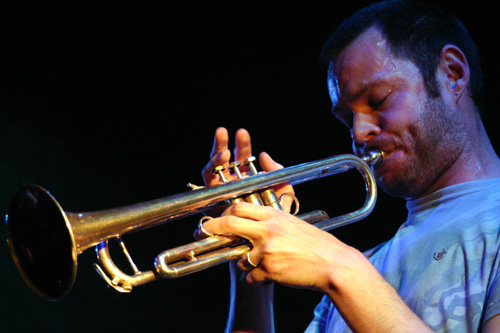 Finnys vocals quite often submerge into the music with his Chka-cha Chka-cha Chka-cha cry getting a rousing response from the crowd. We dance though tracks from Trojan Sessions and the Dub Sessions EP in the main, I Love You Too Much, Truly Madly Deeply, Second Chance', Earthquake, Its All About The Money, Evening Time, Penny Wise Pound Fool and The Future Aint What It Used To Be plus a few more.

I was surprised we got no Neither High Nor Dry but as I said I danced away all night despite not feeling too well and really enjoyed it. I liked it so much I bought the album and picked up a flier on the way out. Seems theyre touring around the country and playing twice at Glastonbury, Eastern Haze, Kendal Calling and Dunstaffnage festivals.
article by: Scott Williams
photos by: Karen Williams
published: 02/05/2007 22:17