This review would have been so easy to write if eGigs were to jump on the backlash bandwagon - write down that the new material isnt up to much, old material sounds stale, that theyre overhyped and will be on the dumper before the next album comes around, and possibly ending with the ultimate kiss-off of See you later, innovators.

However, if that was to happen, it would be because of the confusion around whether its still cool to like the Arctic Monkeys any more at the expense an accurate review. After all, itd be typical of the Build em up and knock em down" mentality that many people have, and the reports from their main stage festival slots last year were differing to say the least.

So, let me take the chance for someone best described as a sceptic to set some important facts straight amongst the hot air and hyperbole flying around the Monkeys right now. 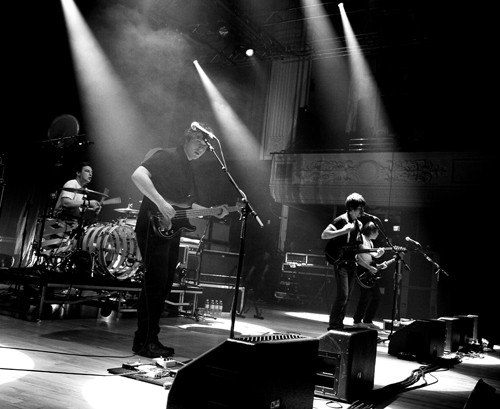 Fact #1: Glastonbury and T in the Park are set for a potentially great headline spot.

Some bands will throw them around the stage with flashy showmanship for next to no response. Tonight the Arctic Monkeys react off the sold out Caird Hall offering plenty between-song interaction, though this is usually little more than a few words in between each song, keeping the rapid-fire pace of the set going.

From the front to the back, people dance, two topless men swing their shirts above their head in celebration of what is happening on stage, another two people defy logic by jumping from the balcony onto the speaker stacks. The balcony itself is supposedly all-seated, but nobody is actually sitting down. This is fan devotion like this reviewer has never seen before. 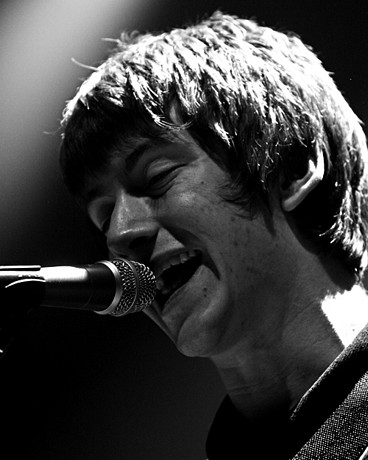 The new material seems to be set around bass-lead grooves, Teddy Picker and Do Me A Favour sound huge on stage, and rumours of a disappointing follow up to Whatever People Say I Am... have been put to bed by this tour. The reaction to the early disposal of Brianstorm shows that we have another album ready to capture the imagination of the public in the same way that their debut did. 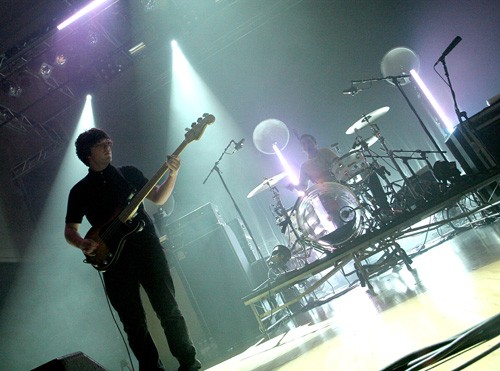 Fact #3: The merchandise stall will end up with your money, no matter how hard you try and resist.

A refillable lighter with built in bottle opener and the Arctic Monkeys logo for £3 - how cool is that?

The Little Flames have the tough task of preceding the main event, and they struggle to get their music over in a large hall. They are actually a half decent band, and have some pretty good tunes - Goodbye Little Rose in particular has a lot of promise, but next to the nights headliners, they come across as average at best.

Gas Club in comparison are dreadful as it is - it seems that every town has a generic indie band with no noticeable personality, and how on earth they ever managed to break out of Sheffield is a mystery. Their material sticks to the same tired formula every time, and they sound and look bored. However, to pay the ultimate compliment to such a band - not a hair is out of place and their clothing is stylish enough to have come from Topman. 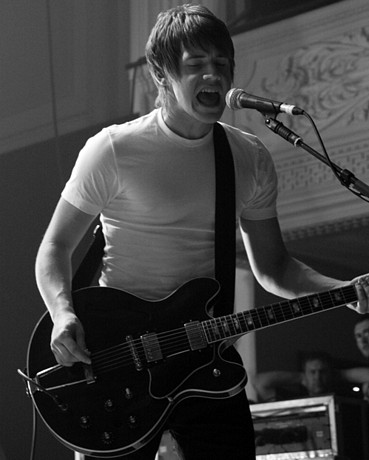 Fact #5: The material from the debut album shows no signs of tiring.

All the favourites are showcased tonight, Mardy Bum, I Bet You Look Good On The Dancefloor, When The Sun Does Down, Still Take You Home, and for every note that the band play, it is sung back to them ten times louder. A particularly manic View From The Afternoon in particular gets limbs flailing.

Fact #6: Forget the Oasis comparisons, Arctic Monkeys are set to be an even more important band.

Far more clever than your typical lad-rock band, more aggressive than your typical Radio 1 indie-pop affair, smart lyrics, well structured songs and no signs of slowing up - at this rate, were in the situation where we could have a special group to sit alongside the greats of British rock such as The Jam, the fan base is there, the songwriting ability is there, all that can stop the Sheffield tykes going stratospheric is themselves - as long as they dont go and write a Be Here Now they have already bypassed the major obstacles in their way. 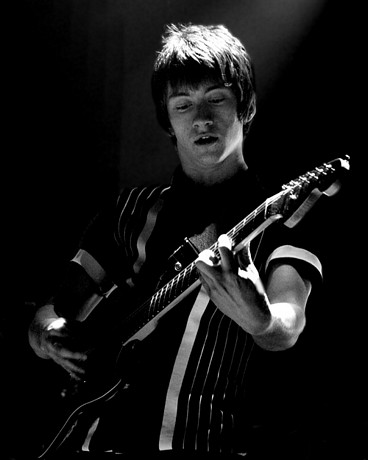 There you go - Arctic Monkeys sceptic to a convert in just over an hour and a quarter. It would be far easier to find ways to write the band off, but after pulling off what they did with such ease takes something more than your average band has.