Tonight's edition of 'Get Me To the Doctor!' at the Water Rats, the monthly showcase of new and unsigned bands, brings us four interesting acts.

First up are Stornoway whose sound is described as "acid-folk". The lead singer has quite a traditional, almost Celtic-sounding folk voice which sometimes rises to a shout as the music is fast-paced and frenetic.


The song which stands out most is the 'Good Fish Guide', which I understand is an ethically sound list of fish to buy without harming the environment!

The next band, Arch Stanton, are London-based and not to be confused with the band of the same name from Minneapolis. The talented trio pull the biggest crowd of the night which they've built up through word of mouth - not having a website or myspace page (myspace objectors apparently). 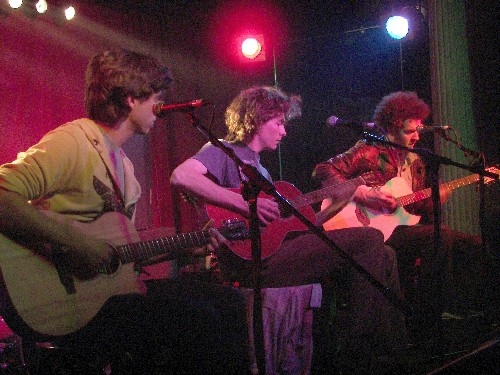 They have an unusual arrangement of the three band members perched on stools playing guitars with an alt country twang, taking turns at lead vocals and all harmonising beautifully. Its a great sound, the songs are fun and energetic and the lads look as though they're really enjoying themselves  the smiles are definitely infectious.

Highlights of the set are 'Cookie Blues' with its throwaway lyrics, 'Hangman' with an impressive long guitar riff section, and 'Waking Giants'. Shame it was such a short set!

The Epstein have a hard act to follow but they are also quite compelling to watch and have a similar country/blues heart but notched up a gear. The sound and style is Americana and the lyrics seem quite US orientated - a song about being lost in Wyoming, another called 'New York City Blues' and 'Sophia Loren'. 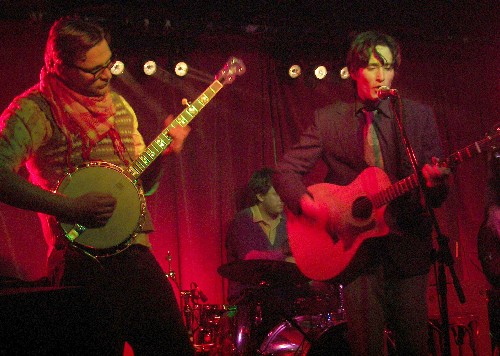 Other songs which stand out are 'Shady Grove', Another Band Has Gone, about the demise of a friends band, and the new single 'Black Dog'. The banjo and slide guitar help create a romping, stomping sound with superb tunes and excellent lead vocals.

The headliner is Napoleon IIIRD. He is a one-man band, armed with guitar, keyboards, drum machine and a huge reel to reel tape player, and manages to create a louder sound than any of the support acts. Unfortunately, he has the unenviable and difficult task of playing to a handful of people as most of the audience have now left or retreated to the bar. 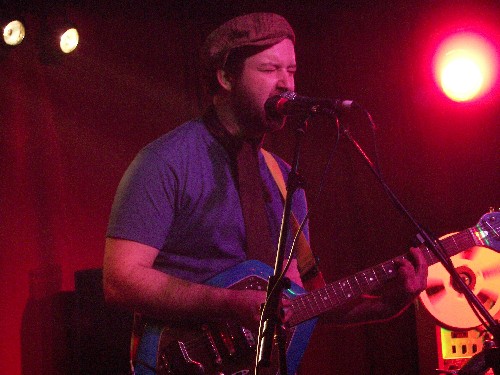 The music he creates is a cacophony of noise over a riot of sound on backing tapes with a thumping back beat. To my ears, it sounds discordant and jarring and perhaps is too big a sound for the small Water Rats venue. The melodies are difficult to discern but some of the songs are memorable and the lyrics are earthy in a Streets-style - such as the opener 'Average is Not the Best You Can Do' and 'Defibrillator', 'Guys in Bands' and 'My Superiority Complex'.