At times even Bristol can be a purveyor of beauty, and despite my earlier criticisms of the cities aesthetics I found myself realising that there was something of a calming, hushed exquisiteness to Bristols inanely named Mud Dock.

It might have just been the soothing nature of tonights performances, which on the whole failed to engage my full attention and lead to me frequently gazing out the side of the porthole while my mind played tic-tac toe with the ripples of the water; it was that type of gig. And yes, porthole, you did read right, for the Thekla is half venue, half ship.

Soft low-key lighting invites you down into the vessels makeshift bar, which has the stage offset at the far end. The occasional onlooker hangs from the er...upper deck, making the whole setting look a bit like a stage production of Oliver Twist.

So now weve nailed the mood; tranquil, calm, and sickeningly warm to the point of revulsion I can actually delve into the things that matter; the bands. 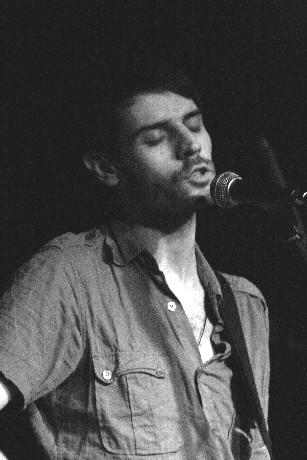 The more interesting of tonights performers are The Cedar, a Bristol based outfit with a traditional feel, suggesting a musical grasp that probably stemmed from classical training.

Utilising an assortment of instruments, from ukeleles to clarinets to glockenspiels, The Cedar are a quaint, intelligible group with a beautiful ear for melody. They generate a sound filled with warmth and pleasing tonality, commanding their instruments with an effortless grace that makes them almost as gratifying to watch as to listen to.

Despite the classic meets folk base the group could surpass the fringes of the unknown abyss and crawl unobtrusively into the mainstream market. They have the same endearing quality as Arcade Fire, Guillemots or Captain, but their unique multi-instrumental set-up provides them with an altogether more malleable approach, shunning mainstream conventions in favour of traditional groundings.

Doubtlessly The Cedar are a talent to behold, and their satisfying perfection of melody makes them stand out as the best act of the night.

I dropped away from the crowd before the second artist; Amelia Tucker took to the stage, and it wasnt until I became aware of the surrounding applause that I realised the transition from PA system to live performance had seemingly taken place without me. 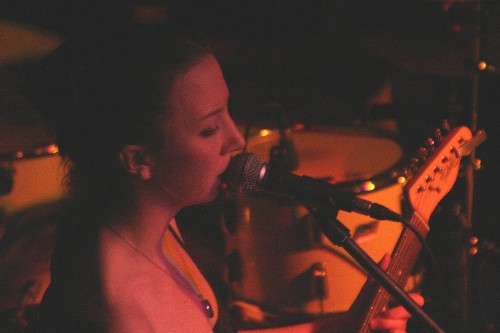 Perhaps the female equivalent of David Ford would be too generous a comparison, as Tuckers stage charisma lacks the brilliance of the ex-Easyworld front man, but there is a similarity as far as musical composition is concerned, and Tucker is obviously quite adept at writing moving music.

Something evident in her material is the level of control she has with her voice, its perfectly in tune but she refrains from straining to reach the higher notes. Its a relaxed and comfortable sound that comes from the 22 year old, but after the changing direction that The Cedar constantly underwent it all just seems a little unadventurous.

As Tuckers set progresses towards its pinnacle her songs begin to take on a charm of their own and it captures the venue in an almost dreamlike trance. All except one enthusiastic individual who had booked his place at the front long before this gig had started and was positively head banging in a way only people with ginger bears and long hair can. Ive been duly informed that hes something of a legend in Bristols underground music scene, and I really must commend him on his over zealous enthusiasm, even if it is a touch misplaced.

The final act of the night was Irelands Fionn Regan, recently nominated for the Irish Choice Music Prize, and slowly rising to recognition with his acoustic Dylan influenced folk.

While the level of success of these homegrown folk songwriters seems to be a bit hit and miss, they certainly arent lacking in number and Regan joins a host of names like Seth Lakeman, Tim Van Eyken, Jose Gonzalez, and the most obvious vocal comparison Damien Rice.

Taking to the stage in typical indie-kid getup (ohh The Strokes have a lot to answer for!), with a safety pin fastening his jacket together and hair thats obviously suffering from a phobia of barbers.

Regan looks authentic enough and checks the boxes of the travelling celtic folksinger, tied to his roots through his love of music. Strumming casually and moving from the front to the back of the stage whenever hes not required on vocal duties, Regans guitar work is accomplished, but never particularly inspiring and most of the musical deviations come from the subtle hammer-ons. Perhaps this is where Regans brilliance shines through, and unoriginal music has never held back good lyrical content, which Regan does have at his disposal. 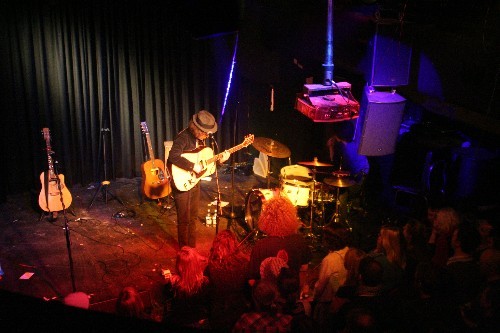 Dodgy singing is another trademark of folk singing, it adds to the charm, and Id venture to say that neither Dylan nor Drake are particularly competent in the singing department. Like most of the folk singers of late Regan manages to buck this unusual trend, and his voice on the night is what really makes the performance, reaching those high notes that we would tend to associate with Damien Rice.

Between songs Regan seems to suffer from a lack of wit, and nervously mumbles through a couple of anecdotes, including a badly told tale about boxing with an ostrich. Its one of the reasons why the gig falls away a little, and as he stepped up for his second encore I was becoming more than a little tired of hearing the same warbling, accompanied by a sole acoustic guitar.

No doubt Regan is a talented individual and songs like Be Good or be Gone have a casual charm to them, but these songs are few and far between, and I left feeling that this was good music, delivered well, just suffering an essential component that makes gigs spectacular.