Local boys from South Devon The Days return to Exeter having toured the country with Paolo Nutini for what must be their biggest homecoming gig, playing to a couple of hundred people. It's mainly girls, as most are in a huge queue for the toilets or waiting in line to hand in their coats.

The band consists of brothers Luke and Dan Simpkins, sharing vocal duties with the former fronting with a large keyboard and the latter on bass, with Harry Meads on the skins and Tim Ayers on guitar. The band are working on their debut album and tonight they showcase their songs which are well received by the Saturday night crowd. Im afraid I have to guess the titles, hopefully Ive got them right. 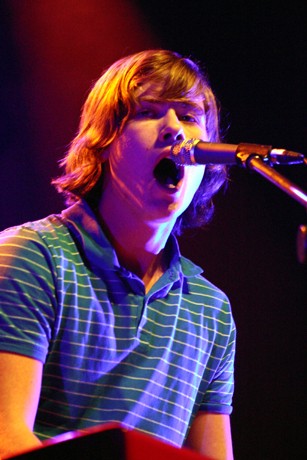 Their music maybe slightly derivative, but theyre a young attractive looking, clean cut band, so its bound to be and its harmonious and pleasing to the ear. Lukes keyboard on Run In Line With You has a very plinky sound, the bass and drums build on the sound but the guitarist is very restrained playing chords in the main and the rather simple style works well against the keyboard  being played as lead. Its Keane with guitars.

The pleasant pop rock of Nothing is Easy has all the girlies at the front, screaming at them. In fact the whole audience seems to be primarily female tonight with headliner Paolo Nutini clearly appealing more to female fans.

Carry Me shows Lukes vocal talent, despite his feverish hands on the keys and his shouting, it actually is pleasant shouting. Confession is more of the same, its not so much foot tapping music but its pleasant aural soundscape. 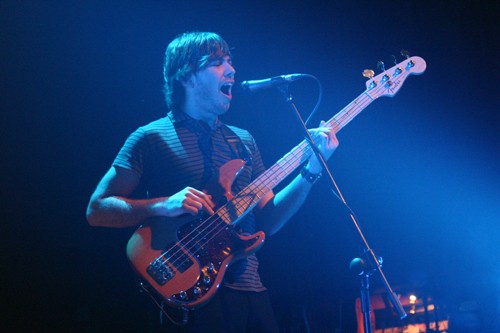 Finally Tim shows some edge in his guitar work letting rip to Your New Friends and now they do sound like Keane with guitars and theyve dragged a good sized crowd from the bar to hear them. Turn it Up their last song, is a potential future anthem for the weekend, and the local boys have a possible hit on their hands with this and decent exposure well be seeing these boys again, the crowd loved them.

The crowds packed for the young twenty one year old Newton Faulkner (or as someone keeps yelling Newton Ferrers) and the vocal applause for this dreadlocked acoustic musician suggests its a Saturday night and its ladies night and there must be a discount on white wine somewhere nearby!

After two false starts during which Newton provides entertainment under the two static blue spots tuning his guitar and doing ape impressions across the stage and the crowd are wooed! Eventually he starts, hes an instantly likeable singer songwriter with a quirky delivery and quirkier lyrics  but it works well. 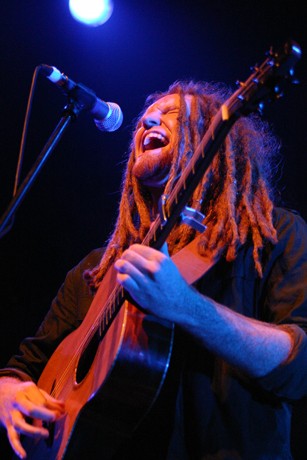 To The Light is hardly discernable over the excited crowd. But a speedy jumping rap, flourishing guitar and bodywork beats on his guitar. Faulkner tells us he doesnt do campfire songs but was interviewed a while ago and asked to do a cover, now he cant do Wonderwall or Stairway to Heaven he says so he did Massive Attacks Teardrop  he plays it for us and hes won over every member of the now packed crowd. Its much preferred to his suggestion of the Spongebob Squarepants theme tune or No Limits!

Feels Like Home and Full Fat have the kind of lyrics that instantly win us over. And Mr Faulkner has the crowd captivated by the time UFO from his future album and his theramin impression have us laughing!

We finish with a sing along thats impressive singing Billy and Faulkner promises to return. Lullaby is a song about dreams and very sweet and Im very impressed with Faulkner, he is a natural entertainer, very relaxed and I hope he decides to play the festival scene this summer. Hell be perfect for festival audiences, great sing along songs and a lovely vibe, he would walk any acoustic stage slot.
article by: Scott Williams
photos by: Karen Williams
published: 15/01/2007 22:21