This is becoming a bit of a running joke. Pretty much every gig I go to in Newcastle seems to include The Minotaurs somewhere on the lineup. The good news is that they are wonderful, and are therefore always a welcome addition to the bill. The pure, folk-pop genius of this band is a sight to behold. Upcoming single 'Anyone Who Had A Heart' is once again the stand-out track, but everything is simply perfect, and for anyone missing The Beta Band, this lot might just be your new favourite band.

Next up is New York five piece, Favourite Sons. They play intelligent indie with an edge, but for me they never seem to reach the standard set by their predecessors this evening. Recent single 'Down Beside Your Beauty' stands out, but apart from that, it all seems a little underdone, which is a shame, as the songs themselves are very good indeed. 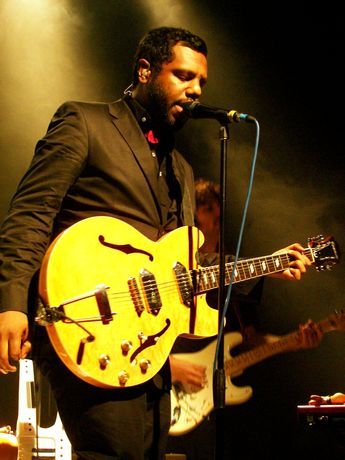 Then I am hit by something. Having heard the fantastic new album 'Gang Of Losers', I was a little worried that The Dears couldn't pull it off live. How wrong I was. Live, the music is even more powerful than on record, and it quickly became a very special gig indeed.

The talent contained in the Montreal six-piece is simply breathtaking - frontman Murray Lightburn holds the small but dedicated crowd rapt, his voice soaring above the multi-layered soundscape created by his band. Special mention must go to Patrick Krief. His ability to take control of piercing feedback, and carve it into a thing of beauty is simply mesmerising. 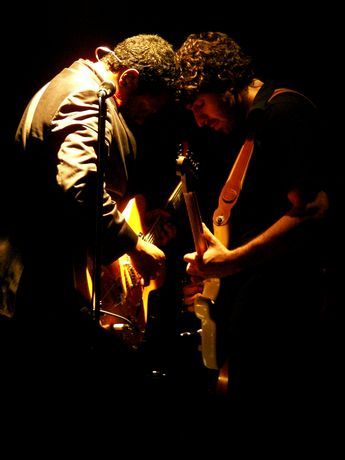 Along with the musicianship, the music is simply breathtaking. An extended, tortured take on 'Death Or Life We Want You' stands head and shoulders above the rest of the set, which is high praise indeed when the material is this good. Other highlights of the set include the enchanting 'Lost in The Plot'; 'Hate Then Love', which shows a softer side of this great band; and the pariah's call to arms which is 'You And I Are A Gang Of Losers', a beautiful, heartfelt lament on always being the outsider.

Quite often I hear a band, and wonder how they got anywhere. Many of the current crop of talent-hungry indie fodder spring to mind. Tonight though, the inverse is true. In The Dears, there is a band making intelligent, magnificent music, which excites and inspires in equal measures. Quite how this band are not selling out stadia I do not know.
article by: Tommy Jackson
photos by: Tommy Jackson
published: 21/10/2006 17:48