"You got the world boy / This all you make it? / You Had the choice lad / You wouldn't take it." Carl Barât's first words on the new record, and here tonight. You'd be forgiven for being so cynical as to think he might be trying to make a point here. The song in question is 'Deadwood', a rampant, searing signal of intent, matching anything released by The Libertines, and proving conclusively that Carl is back, and he means business.

Pre-gig the atmosphere was incendiary, we were just waiting for Carl to light the match, toss it in, and step back. But he doesn't so much toss in a match, as take a flamethrower to the whole barrel of gunpowder. As soon as the first chords are struck, it all goes off, and for one glorious hour, it doesn't let up. The only people bouncing more than the kids in front of the stage are the band standing on it and there are that many people going over the barrier that security should be getting danger money for this. 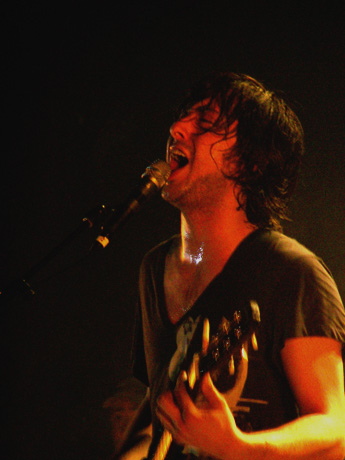 Amid the chaos, you might expect the band's timing to waver somewhat, but throughout the gig the rhythm laid down by Didz Hammond on bass and drummer Gary Powell is solid, and at all times the band work as a very tight, cohesive unit, churning out songs which already feel like classics, despite the album only having been released for ten days.

The gig is storming, there is no other way to put it. Barât and company tear through the vast majority of the new album, with 'Gin and Milk', 'Blood Thirsty Bastards' and 'You Fucking Love It' getting the best reactions of the new material, and that material is nothing less than excellent. The biggest cheers, however, are saved for the older material, you know, from that other band. 'Death on the Stairs' and 'France' both get an outing, and they sound as great as ever, whilst closer 'I Get Along' is simply magnificent. It would have been nothing short of a tragedy if this song had died with The Libertines. 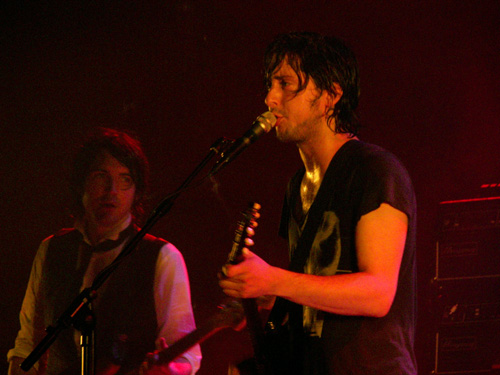 It is all over all too soon though. As the band leave the stage, via the pit, we all wish they could start over, play the set again, and let us bask once more in the sound of a band making great music just because they enjoy doing it, and just because they can. Is it just me or does that sound familiar to you as well?
article by: Tommy Jackson
published: 22/05/2006 09:32