As lead singer Tom Smith's face contorts with the angular mechanics of an animated modern-art sculpture, the densely packed crowd squeezed into The Rescue Rooms - The Midlands' musical equivalent of a traveller's inn for bands on tour - look on with bemused appreciation. After their brooding debut LP, 'The Back Room', snuck into the Top 20 on its release, Editors have carved themselves a reputation that stands out proud ahead of the current influx of by-numbers indie dirge. This reputation usually invokes sad, sonic meanderings, the type of music that caters to the darker side of emotion, and often-lazy comparisons with the likes of Interpol and Joy Divison. 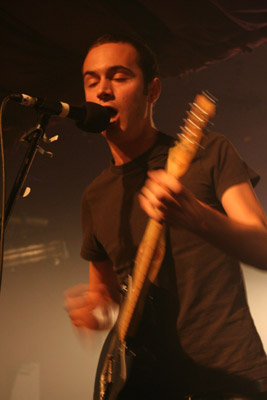 With this in mind, it's no wonder that tonight's capacity crowd, perhaps expecting a tactfully reserved, sombre performance, are positively enthralled by the sheer exuberance and clattering rock theatrics of a band embracing every second on stage as a moment for celebration. Songs on the record that sound isolated in moody introspective, such as album and set opener, 'Lights', transmogrify live into bustling calls-to-arms, that coax onlookers into enraptured, dance-enhanced adoration. 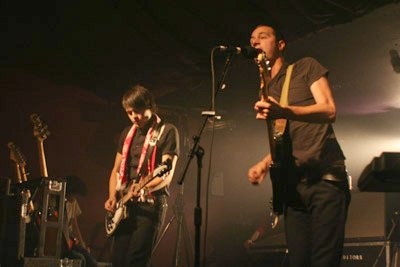 The fact that the show coincides with Nottingham University's Fresher week only helps launch the event to even dizzier heights of prominence, as a diverse mix of students from around the country, still settling in to the next three years in a new environment, embrace everything the band have to offer. 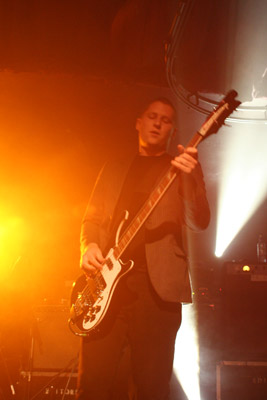 The singles 'Munich', 'Blood' and the current airwave-hogging 'Bullets' reflect Editors as a band that are much more than a shades-of-grey indie act. Performed as fluently as they are tonight, it becomes apparent that what they have is a roster of excellent pop songs. Often sticking to traditional verse-verse-chorus-verse-chorus-bridge-chorus arrangements, a tried and tested formula that has been in employment since the 60's, it becomes easy to see how each of the tracks finds a way to hook its self deep into the listener psyche. 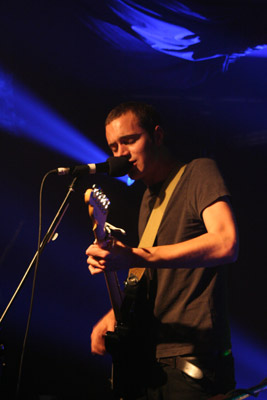 An ecstatic encore of 'Fingers In The Factories' explodes on stage and as the crowd embrace their final chance to dance, Editors poise themselves to leave on a trajectory to bigger things. Next week they're headlining London's Astoria, a pretty massive venue for a band this early on in their career. With success coming to them this fast, performing in the back room is soon going to be a thing of the past.
article by: Alex Hoban
photos by: Luke Seagrave
published: 28/09/2005 16:31

more about Editors
more about The Rescue Rooms, Nottingham