On a damp and windy Friday night in Brum, it was time to venture out, not really what you wanna do when it's raining cats and dogs.

I must admit of never being part of The Spice Girls Phenomenon, my excuse is I was too old. I was never bothered by Melanie C and never was a really big fan of hers, only ever possessed one album in my mass collection which was Northern Star', and that was cause someone gave it me.

Tonight's show would be a showcase of Mel C's fifth studio album 'The Sea', the tour originally kicked off back in November last year with just a handful of dates, but thankfully a few more dates were announced and here we are. 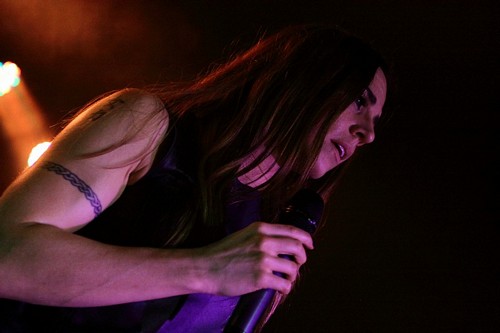 The venue for tonight's show seemed too small, people were packed in like sardines and the most irritating thing was the bar is on the far left of the room so the queue intermingles with the crowd and you end up with people's fat heads in your eye line.

We arrived a bit later than planned, the gig was early tonight due to curfew, support was already on in the form of Molly McQueen, we only caught the last few songs. The only thing I could ascertain was she went down well with the crowd, they were bonkers for her.

Melanie c came on stage at 8.30, a 90 min set ensued and we were treated to a 16 song set. Tickets for tonight were £15 and in essence and on a par with other artists of her calibre this was definitely value for money.

Dressed in killer black heels (God knows how she stood up in them), the tightest trousers ever, (get the talcum powder out), which were snake skin print and a tight black leather top.

She was backed by two backing singers and a full band, they totally complemented her voice, at times she sang louder than the band.

Fans that came to the show tonight had travelled from Brazil and Venezuela, you could pick them out a mile, there were a few on the stairs leading down in to the room and there were a posse of them right at the front, think they had been to every date of the tour. They knew every single word of every song and just went mental as soon as she came on stage, they kept reaching out trying to touch their idol. Mel C was loving all the adoration.

First few songs to kick off the show were 'Rock Me', which was superb, 'Yeah, Yeah, Yeah', the amazing 'Weak' followed up by classic Northern Star'. 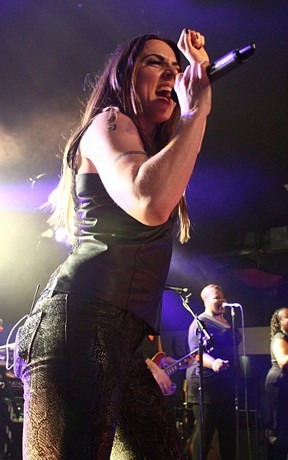 I was a bit sceptical about going to this show, you know, you get some sort of mind set whether you think an artist is gonna be any good, I had actually fooled myself that it was gonna be awful. But I must admit I was pleasantly surprised, Melanie C can actually sing, very well at that too, surprised enough to want to see her again live.

Classic 'Never Be The Same Again' rang through the rafters and the audience were lapping it up, funniest thing was the variation of the audience, obviously Mel has a gay following and this was apparent on the night, but more shocking was witnessing the biggest burliest blokes shouting and wolf whistling, even wearing the tour T-shirt, there was one particular guy who stood out from the crowd, he was with his wife and reminded me of a rather larger version of Phil Mitchell!

We were treated to an acoustic medley of several songs including 'Why' and 'Fragile', I loved this section of the show as it really showed off Miss C's vocal talents, it really blew me away.

The songs just kept on coming, every vocal was on top form and pin point, I was still shocked at how damn good she could sing (she was the only one of the Spice girls who could? - ed) and why on earth had it taken me this long to see her live, she definitely is a hidden gem.

'One by One', which had been penned with James from Starsailor, was absolutely awesome, the audience were absolutely in awe. How could she follow this classic up? 'Burn', 'Beautiful Intentions' and stonking 'Go' were up next, they audience were whipped up into a frenzy by now and were wanting even more, the front row were totally mental, even more songs were to come, 'Too Soon', 'Drown' and one of my favourites 'Next Best Superstar', Mel's energy on stage was paramount, she never stopped all night, no wonder she's so thin.

Leave the best till last, 'When Your Gone' absolute classic, everyone in the room was well up for this and sang every word, it was awesome. Last song before the encore was 'Think About It', I was a bit gutted the show had gone so quickly.

'Stupid Game' and Mel C Classic 'I Turn To You' a definite party piece which got everyone strutting their stuff and finishing the evening on an absolute high.

Mel C has definitely got two more fans after Friday night's performance in Birmingham, amazing vocal capability and value for money, what more could you ask for. 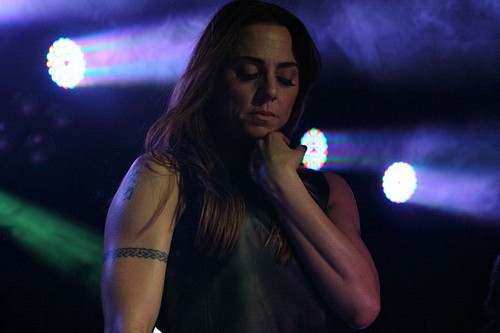