The Pogues / Sparrow And The Workshop

Billed as a farewell tour (although one of the band has pointed out that this is a marketing idea, they are just too old and cold to do the Christmas tours anymore) The Pogues are back once again to bring in Christmas the way they know best. Seeing as they have what has been voted the best Christmas song of all time in 'Fairytale Of New York', who else better to celebrate with?

This has been billed as an early show, finishing at 10, though I expect the show to run a little late. Some of the past shows this week have been criticized for staring an hour late We rush to the venue to find that the entire show has been moved back to finish at 11, and they could be on "at 10.15pm if you're lucky". Nice. 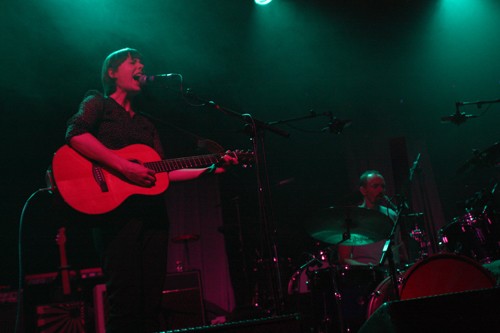 Support band Sparrow And The Workshop take up the 8pm slot, playing a mixture of music, indie, alternative, country, folk and rock, so many types in fact it makes my head spin, and that's before dancing with The Pogues! Once they have warmed up they fit into the role okay, vocals settle down and there are some great tunes, but only the eager people at the front are interested, as the rest of the crowd stock up at the bar. It's a shame they are not loud enough to make a difference to people wanting to get as merry as possible. The mixture of Jill O'Sullivan's and drummer Gregor Donaldson strong and steady vocals are mesmerizing but this is the wrong crowd for them in my opinion.

The Pogues are now due on at some point, and the stockpiling continues. Many are in a bad state already, but it's a mass of people in the same boat, walking with sea legs over the sticky carpet while acting like jolly rummed up sailers to their new temporary crowd neighbours. 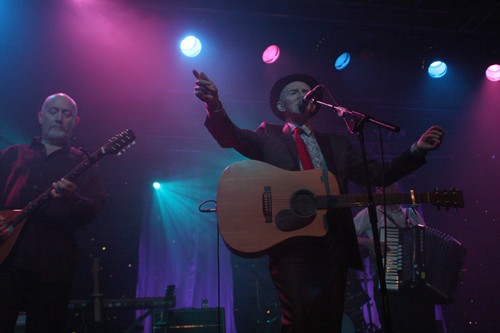 The band take to the stage a little before 9.30pm; not too bad then! Shane MacGowan joins them a few minutes after, holding a pint of clear liquid (it looks like water but I would like to say vodka). The band do not mess about, going through the paces to please the crowd. The stage is incredibly dark, with Shane just a mumbling shadow under no stage lights. Then again we aren't talking about a band who would give a shit about appearances, so I give it up as a bad job and retreat to the back to listen instead of observe.

Shane speaks (I believe that's the term) in between songs but you can not make it out, understandably, his organs are superhumanly fuelled by booze but his speech has well and truly left the building). That said he hits every bloody note in all the songs, again what the note states is a mystery but the crowd are there to sing along anyway! The last time I saw The Pogues was in the much less intimate Manchester Evening News Arena, and the band looked to control the pace of the music to fit in with Shanes haphazard singing, but tonight he holds his own and basically they should be proud of the standing miracle of human booze endurance! Yes he's a state, but a better state than he has been in the past

'Tuesday Morning', 'Dirty Old Town' and 'Irish Rover' are all huge hits that raise the roof, and with fans dancing with people they have never met before (me included), it's a feeling of seasonal joy that only The Pogues can deliver. As the time edges closer to the curfew the band are still going, not packing up early due to a really late start like a few nights ago in Newcastle (45 minute set, oh dear). For the steep £30 ticket price the people of Sheffield really are getting their money's worth. The set list is like a greatest hits collection, spiralling into the more well known Pogues tunes towards the end in not one but two encores. Below are all the tunes I can remember, although trying to remember a Pogues show at all is a feat in itself! 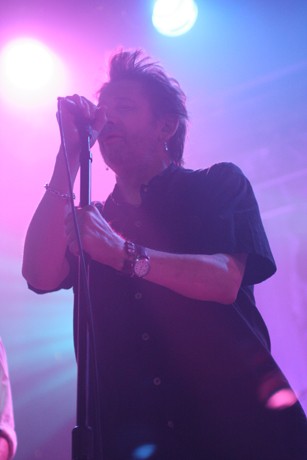 Of course it would not be a Pogues Christmas show without 'Fairytale of New York', without a doubt the best tune to bring people together at this time of year. There is a short moment where the young female vocals (from a girl I do not know) can not be heard due to the wrong sound levels but Shane carries on and soon the snow is falling on stage and everyone is swaying in the room, just beautiful. Finish it all off with the irresistibly danceable 'Fiesta' and this encore alone reminds you that this band hold the best Christmas party around. 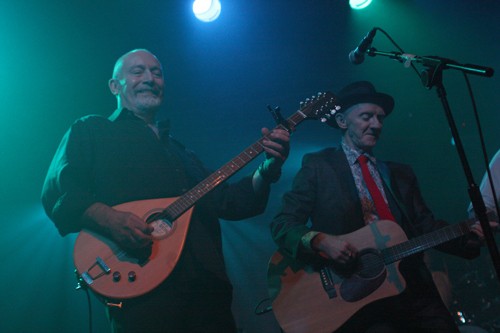 more about The Pogues
more about Sparrow and the Workshop
more about O2 Academy (1 & 2), Sheffield