Brazilian madcaps Cansei de Ser Sexy - better known as CSS have lost their bassist to the fight against climate change and are probably one of the first bands to have done so.

In a MySpace statement, the band have announced that the six are now five, after the departure of Ira Trevisan due to 'personal reasons', and confirmed that drummer Adriano will take over her duties while a session drummer will be brought in for live sets.

Bass player Ira Trevisan stated, "I decided to move forward and dedicate more of my time to fashion and other projects... I am also a bit worried about climate change... I have decided to fly less. CSS will always be in my heart - they said goodbye to their bass player, but they won a new lifetime fan."

The band are planning a new CSS album, the follow-up to 2006's debut which is due out in July. The bass player's departure is one of the first to be cited for climate change reasons - egigs wonders if this will become a growing trend. 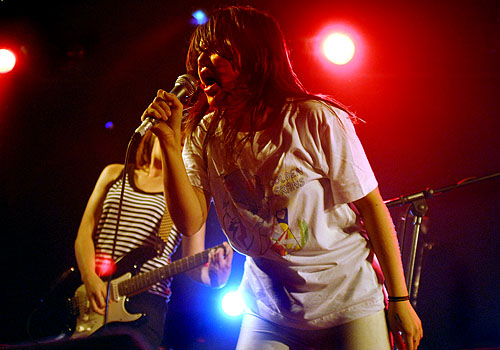