Barnsleys G.U. Medicine are a healthy warm up to tonights show in the fairly new Leeds Rios. Their mix of heavy rock and roll is delivered with a convincing force, just like the headliners. Their name is a little strange, but an internet search should open a lot of peoples eyes.

The beat section is very tight, giving the true back bone of a good metal band. The vocals are worthy of Iron Maiden, producing crackers like Occasional Drink. Not letting you forget their Northern roots (or rather Southern, standing where we are) Lee Medicine talks in a thick South Yorkshire accent If you want to hear more check us out on myspazz. Clearing agreeing that the over-hyped networking site is not very rock and roll (though as their main site I bet it has done them some favours promotionally. Not like they need it). 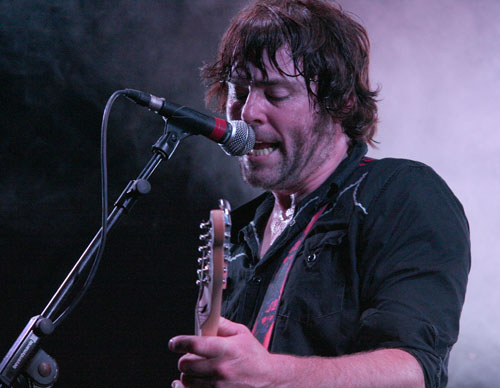 As a baby-oiled wet-haired skinny frame takes to the stage, its clear that we have a large performance coming in the form of Icelands Sign. Too big for this stage, but that doesnt stop them. Zolberg has a unique voice; high pitched like a girl really. I much preferred it when bassist Heimir let rip on the mic, though he doesnt have the range of the face-painted Zolberg, he has the gruff raspy voice suited to metal. The Axl Rose stylings of Zolberg didnt really impress me. 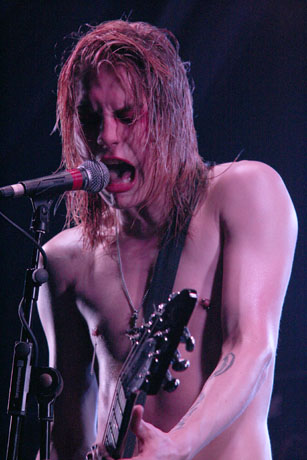 He plays a blinding guitar solo though. Probably born to perform, he has the crowd in the palm of his hand; thrashing wildly on the stage. The main thing that put me off him is the way he seems to have little respect for the other band members; going head to head (like stags locking antlers) with and nearly knocking over bassist Heimir, and at the end of their four or five song set just throwing his guitar on top of guitarist A.D. who was lying on the floor. Juts too over the top; I would have switched them on the bill with G.U. Medicine.

Its straight on stage for The Wildhearts and straight into Vanilla Radio followed by Caffeine Bomb and TV Tan. No rest for the wicked. Its four songs in before usual motor-mouth Ginger says Hi and the rest of the band get a chance to catch their breath while his friendly geordie accent has a natter. This time its to mention the new Leeds Rios venue (he played at the now deceased Bradford Rios in January as part of God Damn Whores and Ginger and the Sonic Circus). W.A.S.P. played here as the first live band recently and Ginger has to have a dig at the shock-rock metalers.

He asks if anyone has not bought the new self-titled album, just before playing new track The Revolution Will Be Televised. A delighted-sounding crowd member shouts Aye, to which he answers, Youre a bit proud of that? I bet you bought the new W.A.S.P. album! 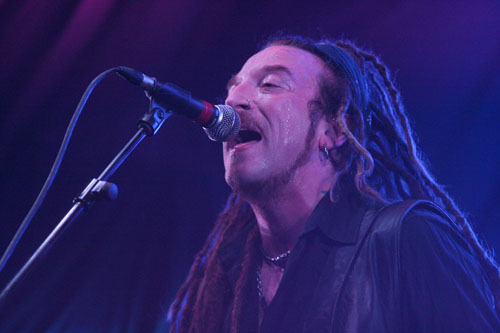 Rooting For The Bad Guy is the only other song played from the new album, as its a crowd pleasing set. They focus mainly on the best tracks from The Wildhearts Must Be Destroyedand Earth Vs The Wildhearts albums (they appear quite cheery and happy fellas; times must have been pretty bad when coming up with these titles).

Sick Of Drugs is another crowd pleaser, as are many of these cherry-picked fan favourites. But this is the appeal of The Wildhearts, who do anything for their fans. Their mix of hard rock and pop melodies, plus Gingers relationship with the crowd makes it difficult for anyone to dislike. Maybe some of the song names may put you off (Pissjoy, Loveshit), but they are a thoroughly likeable band, and this is a good gig from them.

Vanilla Radio
Caffeine Bomb
TV Tan
Someone Who Wont Let Me Go
The Revolution Will Be Televised
Suckerpunch
Nexus Icon
Sick Of Drugs
Everlone
Top Of The World
O.C.D.
Stormy In The North, Karma In The South
My Baby Is A Headfuck

more about G.U. Medicine
more about The Wildhearts
more about Sign
more about Rio's Leeds (The Venue & Sweeney Todd's), Leeds