The Maccabees may just be one of the most promising young bands playing in the UK today. They have a difficult gig tonight, supporting one of the fastest rising stars on the scene, but they take up the challenge that was set, and prove beyond all doubt that they are more than capable. Frontman Orlando Weeks isn't the most talkative bloke on the planet, but spends most of the time onstage throwing shapes with the mic stand. 'Precious Time' stands out a mile in this excellent set, and other highlights include the understated but impressive 'First Love', and set opener 'Sore Throat', a lament to the night before which could be the story of oh so many mornings after.

Their infectious brand of garage-punk owes a lot to The Libertines, and the swelling, punchy guitars do nothing to dissuade me of this similarity. The set is excellent, and it is apparent that the headline act has his work cut out to ensure he is not upstaged by these fine young upstarts. 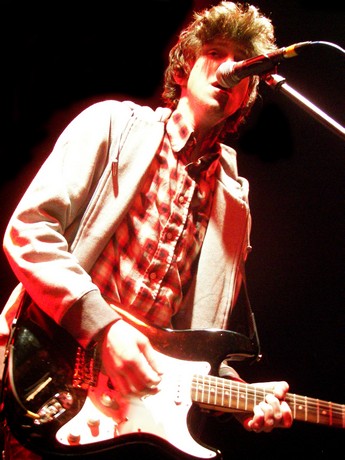 Jamie T and his band, The Pacemakers, take to the Northumbria stage at 9.30, and he already looks like the conquering hero. The swagger and the attitude point to an inner confidence which is necessary in order to pull of the music he is making so well.

Opening with 'Brand New Bass Guitar', it becomes clear that many people in the room have taken advantage of the highly publicised leak of his forthcoming album 'Panic Prevention'. Jamie doesn't appear to mind though, and the grin on his face is unmistakable as a fair portion of the crowd sing his words back at him. 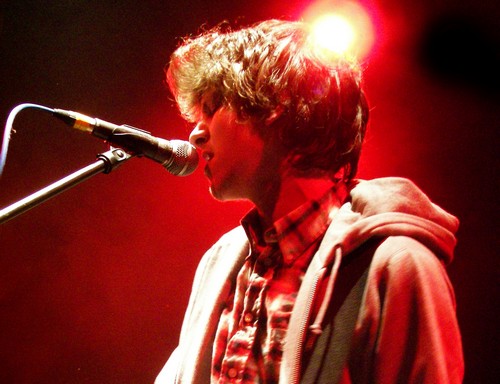 Despite being bundled with the same UK Urban crowd as Plan B, Just Jack, and The Streets; Jamie T has more in common with the like of Arctic Monkeys and Get Cape, Wear Cape, Fly, at least in the live setting. The songs take on a new vitality that is not present on the album.

The highlights in this set come thick and fast. 'Sheila' is obviously the singalong moment of the night, but lesser known tracks including 'Alicia Quays' and 'If You Got The Money' stand out as well. Closing the set proper with a great new take on 'Salvador', a meandering, dirty, bluesy track destined to be the soundtrack to many, many nights on the pull, Jamie T leaves his crowd on a high, and an encore is unavoidable really. There'd have been a riot if he hadn't come back on.

And what an encore it is. Opening with a rousing cover of Billy Bragg's 'New England', in a simple arrangement featuring just Jamie and his acoustic bass, the room is silent as he plucks his way through it, and shows that there is more to his act than the Streets wannabe he has been discounted as in many quarters. The set is closed in an odd way, with a repeat of a song played earlier in the set - 'Calm Down Dearest', and a glance at the setlist tells me that this heavier, more grungy take is affectionately known as the 'FukOffVersion'. It's a superb way to close an impressive set, and it gives the front few rows a chance to jump around one last time.
article by: Tommy Jackson
photos by: Tommy Jackson
published: 30/01/2007 16:35

more about Jamie T
more about The Maccabees
more about Northumbria University, Newcastle upon Tyne