If you have heard Howling Bells' debut longplayer, you'll know that it is best listened to around midnight. It's eerie, almost ethereal quality yearns to be played in the small hours when the rest of the world sleeps. The same is true of the live show, and that is why the Middlesbrough faithful are making their way down to the basement of The Cornerhouse for the late show tonight.

Opening proceedings is Indigo Moss, an intriguing outfit that play music which falls somewhere slap bang in the middle of indie-pop-folk-rock-blues. Sometimes sounding a little like Dylan, and at others like Fleetwood Mac, Indigo Moss seem to be afflicted with violin induced schizophrenia... but somehow it works. Moving basslines, haunting vocals and the most diverse collection of instruments to be seen in Middlesbrough in years mean that this band are a strangley intriguing, and hugely enjoyable appetiser to the main attraction.

Sometime around 11pm the house lights drop, and the atmosphere is palpable. Those in the know always expect big things from this band, and they tend not to disappoint. In their hour long set, they work through most of their spellbinding album, as well as treating us to a few b-sides which complement the more well known material perfectly. 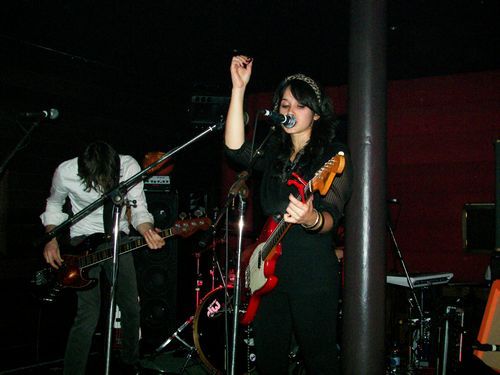 Highlights of the set include the heartbreakingly melancholy 'Broken Bones', ode to undying lust 'Across The Avenue', and the simply magnificent 'Setting Sun', during which, Juanita's voice simply soars.

Howling Bells don't so much create a wall of noise, as an intricate soundscape, which manages to sound both magnificent and desolate at the same time. Each part of the band plays and equally essential part in creating the unique and moving sound which truly sets this band above other similar acts. 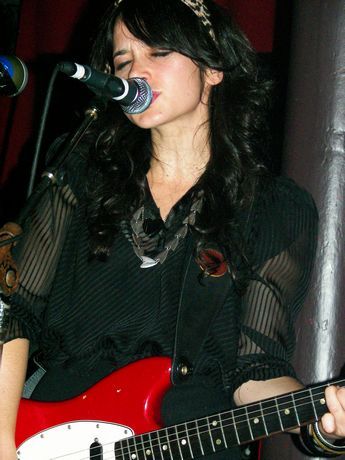 more about Howling Bells
more about The Cornerhouse, Middlesbrough