As this week dies, this wet and windy Sunday hosts a night of subversive black metal. This is Furia’s maiden voyage to Scotland from Poland, made possible by the summoners at Darkness Guides Us. The turnout at the Audio is sizeable given it’s a Sunday night, demonstrative of Glasgow’s insatiable appetite for black metal.

Glasgow purveyors of the avant-garde Ashenspire are not coy about their influences. Formed in 2016, they released their debut full-length ‘Speak Not of the Laudanum Quandary’ on the avant-garde metal label Code666. With a violinist permanently in their ranks, the music sounds like the brother of English progressive black metal hordes A Forest of Stars. Unlike them though, the black metal is toned down, bolstered by bipolar prog with an eccentric vibe. There is are fewer multifaceted emotions too and this distances Ashenspire from plagiarism. Alisdair Dunn’s off-beat drumming is excellent and he often speaks nearly Shakespearean-style banter in between songs. Unfortunately the vocalised shouts sound amateur, the four-piece’s stage presence leaves something to be desired and sadly the band appears to be too oddball for the calm audience, which thins out over time. 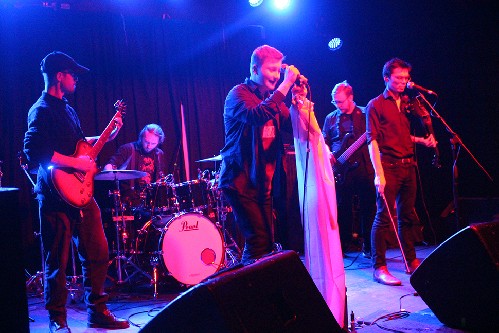 Next up is Scarborough’s Ante-Inferno, formed in 2017 with just a demo and a single released. However, May this year will see them release their debut album ‘Fane’. As a trio (their bassist is absent tonight), they’re the polar opposite of Ashenspire. Their black metal is very traditional, flowing through the second wave Norwegian vein. Double bass drumming, tremolo picking and anguished rasps dominate their armoury. Song durations are lengthy but lack a convincing atmosphere for that to be a benefit. Guitarist and vocalist K.B.’s energetic stage performance wins over the venue’s support but the music heralds no surprise nor innovation. Given how much ingenuity the modern black metal underground disperses these days, there doesn’t appear to be much space for Ante-Inferno to carve an impression. 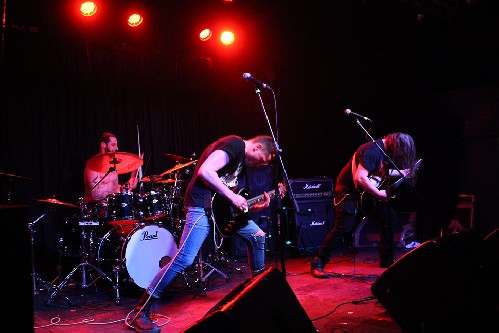 Finally, Polish progressive black metallers Furia take the stage, launching their set with the chill but sinister ‘Zabieraj Åapska’. The quartet were conceived in 2003, initially as a straight-forward black metal project before expanding their musicianship into increasingly experimental universes. With a total of five albums to their names now, it’s a wonder that they’re not more successful. They’re a band of sharp contrasts, spinning hypnotic melodies with brash heaviness. There are incantation-style vocals and bellicose shouts. An array of guitar pedals peppers the stage not for virtuoso purposes but for experimental persuasions. 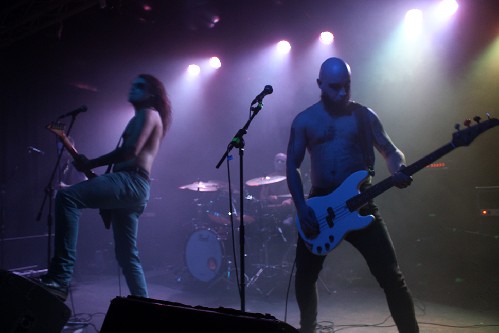 Their stage response is strong and wordless with (unlike their music) no behaviour out of the ordinary, allowing maximum concentration on the music itself. Helpfully, the Audio’s sound is crisp and bludgeoning when needed. The crowd are respectful and appreciative, immersing themselves into this experimental tide of extreme prog sorcery. The concluding song for the night is ‘ZwykÅe czary wiejÄ’ featuring a gritty rock swagger before launching itself into full headbanging-bait with wicked guitar work. The audience sticks around for the glimmer of an encore and after a tense wait, nothing materialises. Nonetheless, Furia put on a fantastic show of black metal far and away from the typical slavish occult or atmospheric imitators.