To say that Wire have been a huge influence on modern music is almost an understatement.  I can’t count the number of times I’ve read or seen my punk rock heroes state that without Wire, their own music would be vastly different or might not exist at all.  Strange then, to quote Wire singer/guitarist Colin Newman “We’re the most famous band you’ve never heard of”.  But it’s quite true in my experience.  Hardly a household name but so very important in the development of music in the post punk era but no label or genre could ever contain such a creative force.  Their scope for invention and experimentation has proved boundless over the decades but to my mind, Wire are also the masters of the perfect pop song. 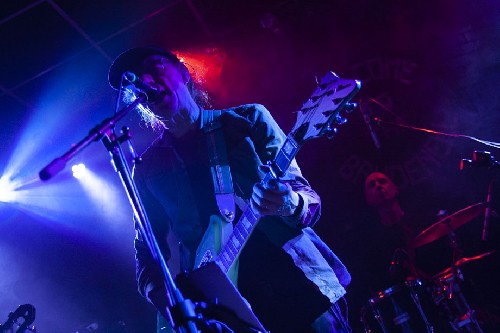 Having played their first official gig on April Fools Day, 1977, the band have been around for a very long time.  In all those decades they have only seen two line up changes.  Bruce Gilbert (the original guitarist) left around 2008.  Replaced in a live capacity by Margaret Fielder McGinnis for a tour then Matt Simms became a permanent member in 2010.  So currently and hopefully for some time, the line up consists of Colin Newman (guitar/vocals), Graham Lewis (bass/vocals), Robert Gotobed Grey (drums) and Matt Simms (guitar).  It would be easy for a band who have existed this long to trade on their nostalgic value but what I find most remarkable about Wire is they have continued to create and remain current and pioneering.  Over the years they have shunned the concept of playing their old “hits” in order to underline their commitment to moving forward.  However, these days some of their older material appears in their set but make no mistake, this is not a band on a trip down memory lane.  They are fresh, vital and have the ability to surprise at any time. 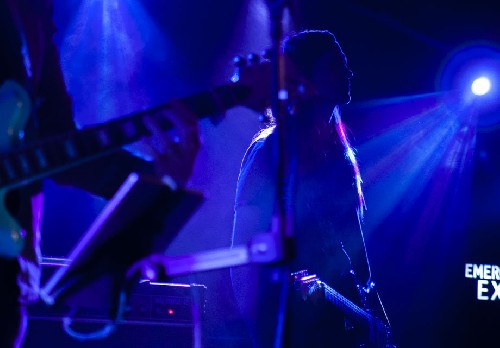 Tonight we are at one of my favourite venues, The Brudenell Social Club in Leeds.  I guess this club could be called the northern home of Wire.  Having staged their own city-based festival “Drill” here in 2017.  The tickets sold out very quickly so unsurprisingly we are crammed in like the proverbial sardines and once again I thank my lucky stars to be almost six feet tall.  I’m up front, stage right.  About ten feet from Graham Lewis.  I’m kind of star struck and very excited.  The band appear and launch their set with The Offer from the 1998 album It’s Beginning To And Back Again.  Next up is Be Like Them from the brand new album Mind Hive.  It’s an eerie, imposing and creepy tune.  Minimal and brutal.  So very Wire.  1st Fast from 2002’s Read & Burn 01 ep.  An energetic tune tinged with a shade of hardcore punk.  Perhaps it is this that prompts an ageing punk rocker to shout out a request for the seminal track 1 2 X U.  Colin Newman replies “No fuc*ing chance” echoing my sentiment exactly.  Wire are not a band that do requests.  If they were my wishlist would be 20 songs long.  These dudes have so much material but are always focused on their own artistic agenda.  A trait which makes them, at least in my mind, artists in every sense of the word.  A Question Of Degree, a single from 1979 is next.  A crowd favourite and a tune I am particularly fond of.  To see this perform it fills me with joy. Cactused from the new album follows.  To be able to play songs that were written forty years apart whilst remaining homogeneous and exciting is testament to the timeless quality of Wire.  The audience are transfixed.  All eyes pointing forward.  Myself I am mesmerised.  The set passes all too quickly but I drink in every moment.  Seeing Wire live has been on my bucket list for decades and finally now it is happening.  It was so worth the wait and every fibre of my musical soul is satisfied.  Every moment is a highlight for me but I particularly loved the dissonant guitar work that Matt Simms contributes.  Fifteen songs in the main set ends with Hung, again from Mind Hive.  With that done, the band disappear for a few minutes.  Only to reappear for a three song encore.  In a way it’s slightly disappointing to see this band observe a cliched rock convention.  But it’s more time with Wire and I am certainly not complaining.  The encore begins with Outdoor Minor.  A seminal single from 1979.  It’s a short and simple song but Graham seems to have forgotten the bass line.  It’s a touching, human moment but also a shame because he hasn’t played a wrong note or missed a beat until now.  Former Airline and A Touching Display conclude the performance. 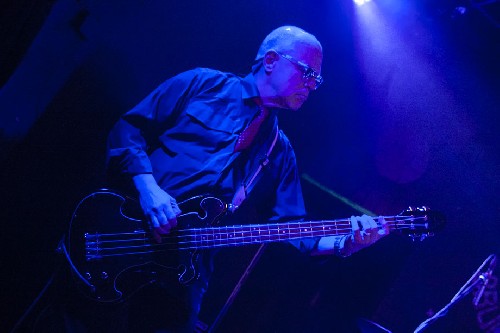 What an honour and highlight to see this band perform.  To anyone reading this that is not familiar with Wire, do yourself a massive favour and spend a week educating yourself about their music.  It is eclectic, sometimes hard to listen to and a little bit scary even.  But always awesome, artistic and stylish.  I love Wire and you should too.  Peace.

I Should Have Known Better