Iron Maiden bassist Steve Harris surprised a few people back in 2012 when he first announced British Lion. British Lion has variously been described as a solo project and as a side-project, with Harris himself seeming to prefer the latter. However with Harris the only recognisable member and clear leader it was understandable to consider the group as a Harris solo project.

The group released their self-titled debut album in September 2012 and although they have continued to play the occasional short run of dates there has been no sign of any further material being officially released. That is until now with the band announcing the release of their second album, entitled ‘The Burning’, next month. So with that release on the horizon, the group have set out on another short run of dates. 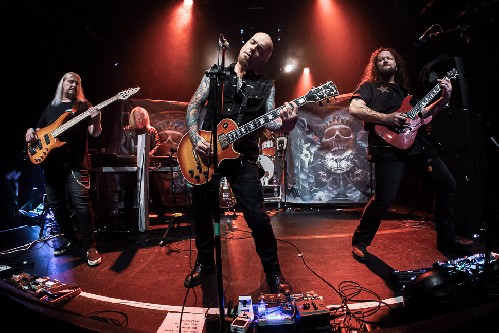 Tonight is the penultimate show of the tour and the band find themselves in the beautiful surroundings of Colchester Arts Centre. Opening each night of the tour has been Welsh rockers Nine Miles Down. With the venue still filling up, there isn’t quite enough on show from the band to really capture the attention of the audience. With that said there’s also nothing to turn people off, it’s all just a little rock by numbers.

There is an Iron Maiden support band family which features many offspring and/or road crew members’ bands. Generally speaking British Lion tends to take one of these bands out on the road, and this tour has been no different with the main support slot going to Voodoo Six. Having previously seen the band supporting Maiden a few years back, I was excited to see where the band are today. 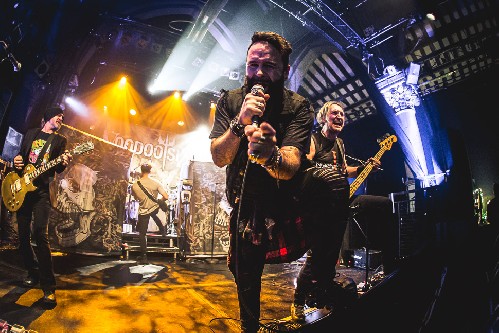 There have been a few line-up changes since I last saw Voodoo Six, including a change in singer with Nik-Taylor Stoakes now leading the line. Tonight Stoakes shows that he is a great fit as the band rattles through a mix of old and new that finally gets the crowd engaged. ‘Take The Blame’, ‘Sink Or Swim’ and ‘Falling Knives’ sound great tonight as do the teasers from the bands upcoming release including ‘The Traveller’. Hopefully with a new album on the way the band will see a resurgence and who’d be surprised if they popped up supporting one of Harris’ bands again!

Finally the sold out crowd, filled with Maiden and British Lion t-shirts, get their man as Steve Harris takes to the stage with British Lion. For a man of advancing years Harris can sure still move around and for most of the set you find him interweaving between the various other members of British Lion. So, what of these other members? Is this not just a Harris solo project? 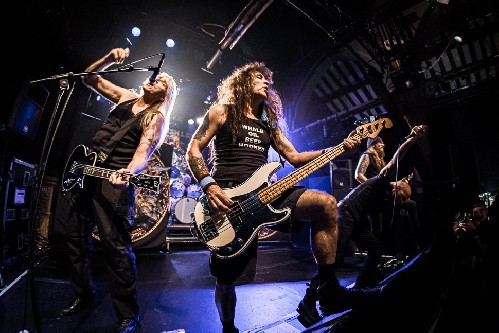 Well, having caught the band a couple of times at their beginning, it’s quite apparent tonight that over the intervening years the band have gelled into a very good live outfit. Looking at them tonight it’s clear that each member individually has become more at home on this type of stage then when they first arrived.

It’s a very solid performance from British Lion tonight that showcases the likes of ‘The Burning’ and ‘Lightning’ from their upcoming second record. The songs fit in well with older favourites such as ‘This Is My God’ and ‘Judas’, so if you’re a fan of the debut album then you should like what’s to come from the band. 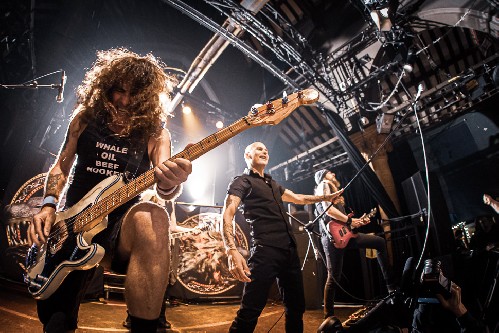 By the time the band close the evening with the one-two of ‘A World Without Heaven’ and ‘Eyes Of The Young’ those in attendance are more than grateful for what they have received. All in all, it has been a good night and with new albums from both Voodoo Six and British Lion coming next year you should have a chance to catch both bands for yourselves.