Tonight I am very excited. The legendary Sebadoh are playing a sold out show at one of my favourite venues here in Leeds, The Brudenell Social Club. Ecstatic about receiving a pass for the show at the eleventh hour, I walk into the venue feeling all fuzzy at the prospect of spending an evening with Lou Barlow and his band. The first thing I notice is that Mr Barlow is personally manning the merch stall. Offering polite small talk to the t shirt and cd customers. What a guy.

The support act for the evening's proceedings are Toronto based garage rockers Dearly Beloved. This six-piece outfit is phenomenal. They play a very short set but with enough energy to blow the roof off the venue. They are an assault on the senses as the heavy, dare I say grungy, metallic riffs pound my eardrums. Before tonight I knew nothing of this band. In future I will pay more attention. They are raucous, colourful, laid back but engaging. As lively as they are I get the sense they are holding back out of respect to the headlining act. All in all, the brief set is the perfect entrée to Sebadoh's main course. 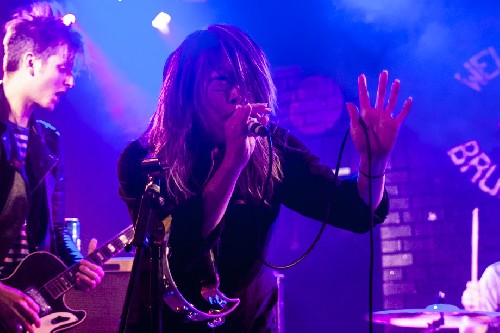 Thank goodness for Sebadoh. Lou Barlow is a tremendous songwriter, singer and musician and in his role as bass player for his other band, Dinosaur Jr, these traits are hinted at but never fully realised. However, in Sebadoh, his undoubted talents are thrust to the fore. His punk/folk recipe is as unique as it is refreshing. He is a master of melody and lo-fi chic. 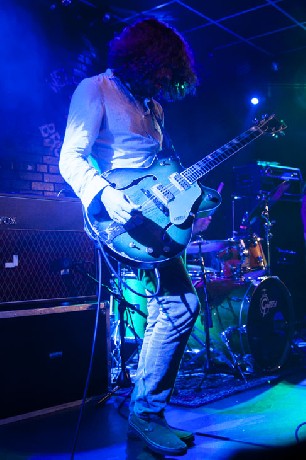 Lou appears first on stage and takes some time to tune up a well road worn 12-string guitar. Eventually the band launch into Beauty Of The Ride. An old 7" release from 1996. The quirky guitar hook is a distillation of all I love about this band. So identifiably Sebadoh. Next up is Not A Friend from the 1994 masterpiece album Bakesale followed by my all time favourite Soul And Fire from the album Bubble And Scrape. Celebrate The Void is the fourth song in the set and the first time this evening we've visited the new (2019) album Act Surprised. Fool is another new track that is very singalongable and has me swaying jovially as I do not know the words. At this point, Jason Loewenstein swaps roles with Lou for a selection of songs old and new. The switch reveals another facet of this versatile band but it is still, so noticeably Sebadoh. Like all great trios, it's quite remarkable how much music these three guys can make. Drummer Bob D'Amico didn't miss a beat all night and barely broke into a sweat. Being the spitting image of Sam Beckett from the tv series Quantum Leap, I kept imagining that he would disappear. His job in this dimension done and done well. Huge respect to Bob. Having played many old favourites as well as most of the new album, the main set concludes with the song Careful from Bakesale. 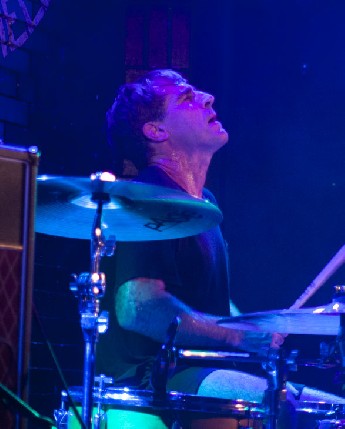 After a small break, the band reappear to play a six song encore. Being a lover of electric guitars, I am infatuated by the purple Fender Jazzmaster that Lou plays for this final stint. A gift from his friend and other band mate, J Mascis I'd wager. The encore ends finally with the lament Brand New Love. An inspired choice to wrap up an evening of goose bumps and lumps in throats. Sorry for not being very impartial but I love this band and I'm so glad to cross seeing them off my bucket list. 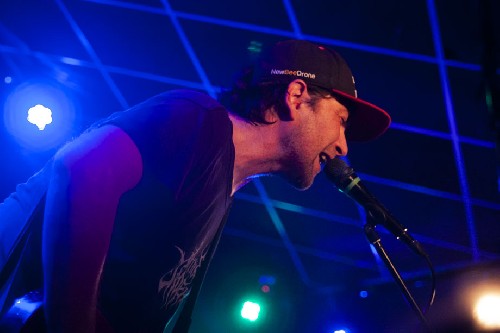 Just as we're leaving, I notice Mr Barlow is once again manning the merchandise stall. This man's work, it seems, is never done.