When I mention the name Candlebox to folks I know, they don’t appear to know who I am talking about. This saddens me, as this band were one of the grunge masters in the nineties, with their debut album selling 4 million copies. Their loss in my opinion.

It’s live where the Seattle band really come into their own though. Coming onto a medley of famous grunge tracks mixed by a radio search there’s no hello, its straight into ‘Don’t You’, full pelt like a smack in the chops. Leeds are you ready! Sadly it seems that Leeds don’t know Candlebox either, as it is a small crowd. But this makes no difference to the band, they play as though they are at Leeds Arena, plus this makes for a more intimate show. As it progresses the crowd become more and more involved, interacting with singer Kevin Martin taking selfies, drinking beer and fist bumping with the odd scream in the ear. This is something when you witness the sheer power of Martin’s vocals, which even the man himself says is not a thing you can keep up for life, such is their strength. 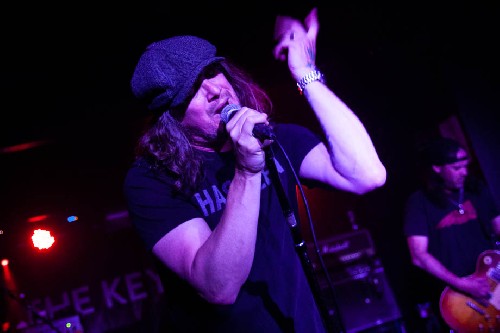 Guitarist Brian Quinn shreds the shit out of that Les Paul vintage model, vertically and horizontally. While drummer Dave Krusen (yes of Pearl Jam’s Ten album) and bassist Adam Kury are in the stage shade at the back getting on with talented rhythm, guitarist Island Styles (name!) occasionally pops up front. It’s Martin that controls the view though, the frontman that he is. Conversations about Trump (“that’s one of the reasons we’re here, to escape the Republican fans”) and Brexit (“seems like a bad idea to me”) and the mention of he much whiskey he had drunk all made for an even more intimate show. Occasionally picking up an acoustic guitar for songs like the lovely ‘Sometimes’, here rockier than the recording, results in a few plectrums handed or chucked into the crowd.

Martin mentions the small crowd, and says it makes no odds; they are a band that love each other and love doing this. To have a crowd of 50 hang on your every word and show the appreciation back (an appreciation grows throughout the gig) must be better than 50,000 people on their phone not getting involved, a usual site at today’s gigs. The crowd become more and more animated over the hour and a half set. 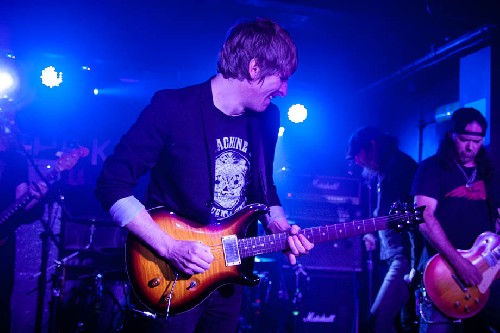 Mainly pulling songs from the 1990 debut album whilst dipping a toe into the albums ‘Happy Pills’ (1998) ‘Into the Sun’ (2008) and latest album ‘Disappearing in ‘Airports’ (2016) the live songs have added punch compared to the originals. There’s a snippet of Kiss’ ‘I Was Made For Loving You’ and a rendition of Fleetwood Mac’s ‘You Can Go Your Own Way’ which leaves no time for ‘Rain’ from the debut album, but no matter. ‘Cover Me’ is against deaths in the name of religion, Martin saying ‘we all bleed the same colour’, and ‘He Calls Home’ is about a homeless Vietnam war hero. With so much shit in the world it’s hard not to mention it as a performer these days, but it’s a fine balance that Martin does not overdo whereas some can. 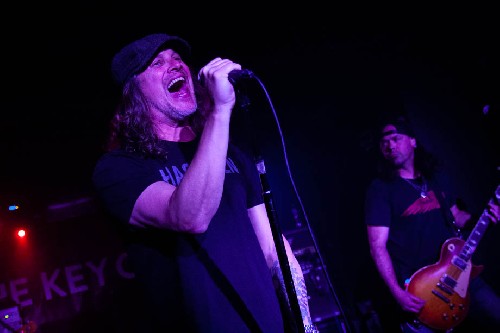 Even the new merch tshirts (that Martin is also wearing) say ‘Has Been’ on them, such is the tongue in cheek approach this band have to their “once success”. They will always be awesome to this crowd. For those yet to hear Candlebox, you’re late to the party, and it is a party. Get on it as I’m sure music and indeed vocals like this do not last forever.

more about Candlebox
more about The Key Club, Leeds