Payment on Death (P.O.D) and Alien Ant Farm (AAF) joined forces to do a coheadlining tour, and they would only decide on each day of the tour which band was going to be on first. A two-piece band called 68 were the opening act for AAF and P.O.D. They had a great stage presence about them. Their style of punk rock seemed to be a perfect fit considering the type of music the headlining bands would be playing.

For the Rock City show, Alien Ant Farm were up first.

AAF have always been one of those bands that have never really managed to capture the limelight they truly deserve. Their version of Michael Jacksons “Smooth Criminal” was a commercial success way back in 2001. Since then they have managed to release albums which never really gained the same success as “Anthology”.

Thankfully though, when it comes to playing live, they know exactly how to deliver a world class musical assault on the senses. From the moment they stepped on stage and ploughed into opening track “Bad Morning” to the dying notes of their set closer “Smooth Criminal” this was a masterclass in giving the fans what they wanted. Crowd favourites such as “Movies” and “Wish” were all included in tonight’s performance.

Vocalist Dryden Mitchell was captivating to watch and even after all these years still sounds as fresh and lively as he did when they first hit the airwaves all those years ago.  Alien Ant Farm came and brought their A game with them. 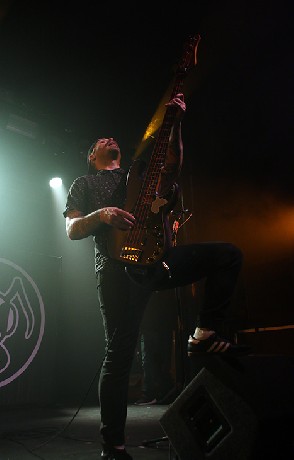 Now that AAF had set the bar high, P.O.D  had the nightmarish task of trying to prove that they deserved to be the final band of the evening. Thankfully being on stage after such a stellar performance from Alien Ant Farm didn’t faze P.O.D at all.

Once the stage was set, Linkin Parks “In the End” was used as the intro music and it created a wonderful sing a long from the waiting fans.

P.O.D arrived on stage in a casual manner picking up their instruments and gently leading the audience into a false sense of security with a laid-back approach for a few seconds until they kicked into “Boom”.

Vocalist Sonny Sandoval was jumping around the stage like a possessed billiard ball. Jumping on and off the raised platforms on stage like he was a little child that had been told Santa will be arriving any moment. There was no let up as the band hurtled at breakneck speed into the second song “Rock the Party(Off the Hook)”

P.O.D kept the high-octane pace going throughout the set, only really slowing things down for “Always Southern California”, then jumping straight back into full lightning pace to give the fans a feast of premier league nu-metal. 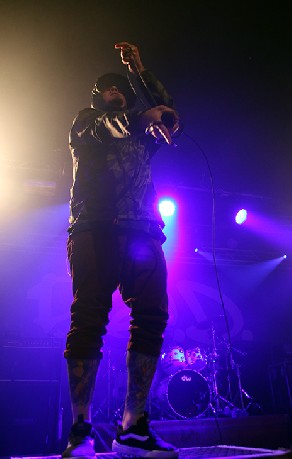 Naturally doing a tour to support their latest album “Circles” would mean that the set would have some new material included.  I counted 7 new tracks form the new album. (Rockin’ with The Best, Always Southern California, Circles, Panic Attack, Listening for The Silence, On the Radio, and Soundboy Killa) These slotted in nicely with P.O.D’s earlier material. To my ears “Rockin’ With the Best” had a Beastie Boys type influence, and there appeared to be a reggae infused style of music on “Always Southern California”.

Guitarist Marcus Curiel was able to deliver the solos with laser precision and was at ease jumping around and using the raised platforms without missing a single note. Bassist Traa Daniels was keeping the groove going and would often come to the front of the stage to entertain the fans.

During “Youth of the Nation” a young female drummer joined the band on stage to enhance the feel and power of this emotive track. 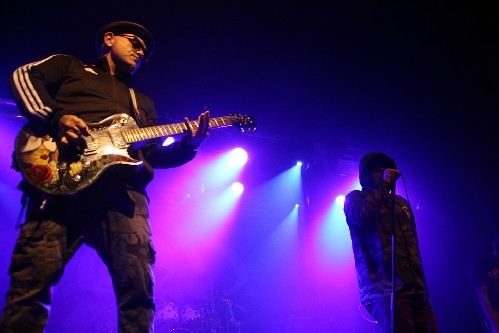 P.O.D brought the set to a close with “Listening for The Silence”. Leaving the audience feeling they had got their moneys worth.

Even though in terms of album sales both Alien Ant Farm and P.O.D have possibly had their peak years ago. When  it comes to playing live, they are up there with the best of them and whilst they can deliver stellar performances, they will possibly be only a handful of bands that will have longevity in music.