One could be forgiven for thinking that The Lemonheads are quite lazy. It has been a decade since their last studio album Varshons (2009), itself a collection of eclectic covers delivered in the charming, lo-fi style that is the hallmark of the much loved Lemonheads main man, Evan Dando. So some might say that 2019's sequel Varshons 2 is long overdue. For me, a man who appreciates Mr Dando's dedication to the slackers doctrine, I'd say the album is right on time.

Lazy or not, The Lemonheads have been writing songs and playing shows in one iteration or another since 1986 and there is no shortage of material to draw from for a show lasting a couple of hours at the most. Mr Dando is as comfortable with folk and country as he is with punk and even though I've seen this band before, I'm not sure what to expect. I've heard rumours of some inconsistent performances so tonight will be interesting if nothing else.

Heyrocco are opening the show tonight. Disney Grunge from South Carolina. Feeling laid back whilst sounding raucous is a hallmark of slacker rock and not a vibe that is easy to achieve. Heyrocco do this with style and ease and seem a natural choice for the evening. They play a short, tantalising set. I sense they are underperforming somewhat out of politeness to the much older headline act. The sound they make is catchy and stylish in a Centro-Matic\Built To Spill kind of vein and they leave me wanting more. I do not know their songs and have no idea what they played. I will however be paying more attention to this band in the future. 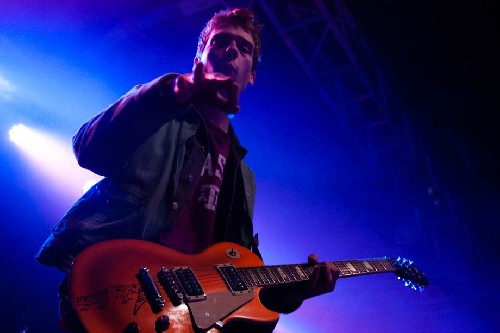 As the stage crew remove the support acts equipment, I am relieved to see a Marshall stack in the middle of the stage. This can only mean The Lemonheads will be playing loud. I realise I am unusually excited. As the room at Leeds Stylus fills up, I am reminded that Evan Dando is quite the international sex symbol. As the band walks out there is a tangible outpouring of love from the audience directed at Evan. The band open with Hospital from the 1996 album Car Button Cloth. Then Down About It and Great Big No from 1993's Come On Feel' album. We are six songs in before we visit Varshons 2 and the first cover of the night which is Abandoned by Lucinda Williams. 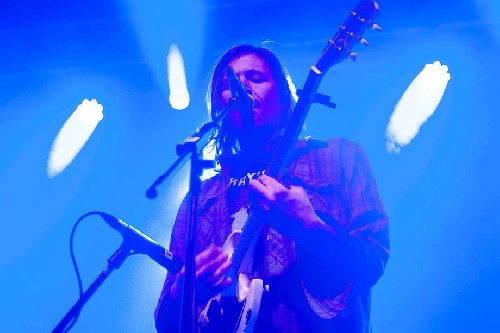 I've heard people describe The Lemonheads performances as passionless. I think those critics might have mistaken Evan being extremely stoned as being disinterested. For me, whenever I've seen this band perform (and tonight is no exception) Mr Dando's love of performing his finely crafted songs and the respect he gives to the cover versions shines all the way through the music. He is not getting any younger and looks a little ropey compared to the fresh faced pinup of the '90's. However he is still the consumate performer and if anything his guitar playing is even better than it was back then. Three songs from the Shame About Ray (1992) album are played in the first set. The title track, Rudderless and Confetti. But it is Left For Dead from the 1990 album Lovey that gets my knees a knocking with nostalgic energy. So far, awesome. 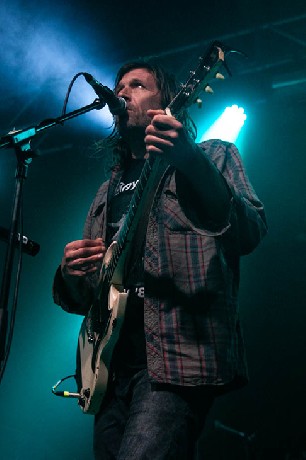 After a dozen songs the drummer and bass player retire temporarily. Evan swaps electric for acoustic guitar and the whole show changes pace. Accompanied by second guitar player Chris Brokaw, the pair performed some acoustic favourites such as Outdoor Type, Being Around, Bit Part, Frank Mills and more. At some point the feedback from Evan's acoustic guitar threatened to ruin this section as well as a few hundred pairs of ears. The Lemonheads guitar tech saved the day by showing the rather junior sound man how it should be done. As Evan and Chris performed Different Drum, the drummer and bass player (Mark and Lee?) returned to the stage for a big ending to the song. The full band continued through numbers like Stove and My Drug Buddy, eventually finishing this section off with Big Gay Heart. There was a lot of love in the room tonight. Both for the songs and for the band (Evan really let's be honest). Mr Dando still oozes charisma and as a performer is undeniably talented even if he is a huge under-achiever in the grand scheme of things. 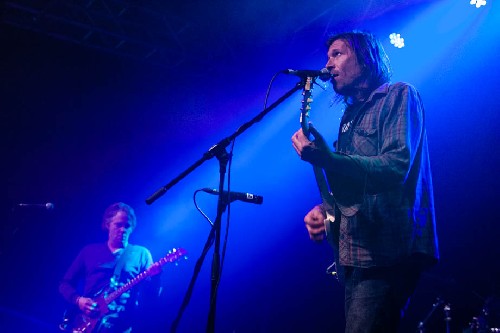 For the encore we are treated to Ba-De-Da (Fred Neil), Dawn Can't Decide, Break Me and Straight To You (Nick Cave and the Bad Seeds). All in all a wonderful evening of fine quality rock music with a soft, gooey centre. It's time for bed now.

The Great Big No

It's A Shame About Ray

If I Could Talk I'd Tell You

more about The Lemonheads
more about Leeds University Union (Stylus, Pure & Mine), Leeds